The name of the Brazilian Thrash Metal band was taken from Motörhead’s “Dancing On Your Grave”. Max and his brother wanted a name to shock people, so they translated the word “grave” to Portuguese, and the name Sepultura was born.

Iggor Cavalera, former Sepultura drummer, said that he and his brother, Max Cavalera, were inspired by Motörhead’s unique style to begin the band in 1984.

Igor chatted with Jehnny Beth on the radio program Start Making Sense, where he revealed that the mix of styles of Motörhead reached the apex with him and Max. 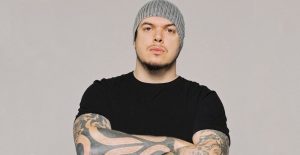 “It’s one of the bands that my brother and I listened to on tapes on our portable sounds.” “They were one of the bands we liked.” Those guys were way ahead of their time because they were mixing punk, metal and rock n ‘roll, “he said.

“The combination of these elements really was an inspiration for Max and I started Sepultura.”