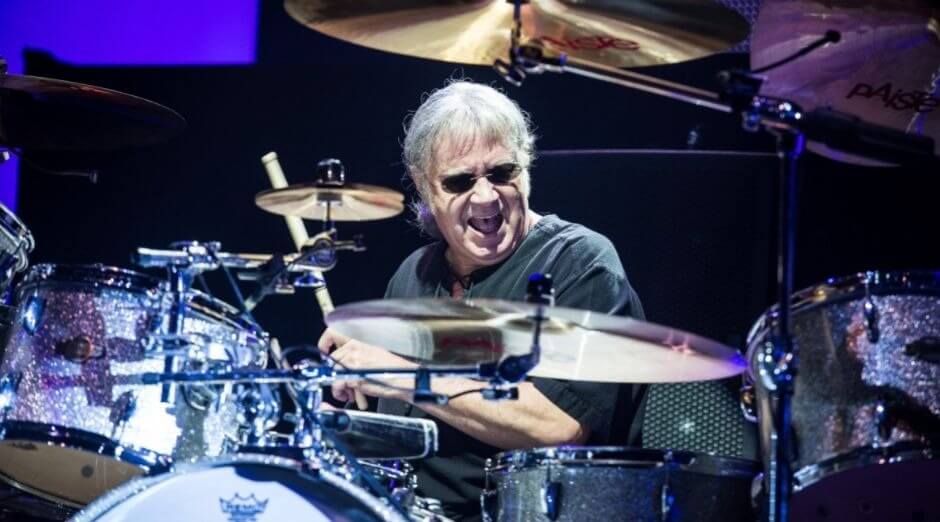 Deep Purple drummer Ian Paice revealed the secret of the band’s longevity. The musician talked about it while promoting their new album “Whoosh!” in an interview with Radio Freccia.

Ian Paice said about the secret of Deep Purple’s longevity:

“I think it was the stresses and strains that helped create the band. But if those same problems were with us today, we would not be here. We have a situation where, as you get a little older and hopefully a little wiser, you understand that not everybody is gonna see the world the way you see it, and those differences you have to allow for”.

“The fact that you may not agree with the way one of the bandmembers lives his life has nothing to do with you. So long as he turns up and he plays the music and he plays it good, that’s all you need to know. And if you don’t get along socially, don’t socialize. But don’t expect the world to be exactly like you want it to be. I think when you’re kids, that’s a problem, and a little later, you go, ‘You do what you do. I’ll see you at the next concert. It’s okay.'”

“I think that’s why, when we were kids, that’s why we started. We wanted to do something that made us happy, and then you find somebody else who wants to do the same thing as you do, and you make each other happy. Then there’s four or five of you, and you’re having a really good time.”

“Then you find that the people listening to you, they get happy too. And so [there is an] evolution — you keep getting better, hopefully, and more and more people like what you do. It becomes sort of important, and not just for the musicians. It becomes important for the people who have locked on to what you’re doing. And then it becomes a world movement.”