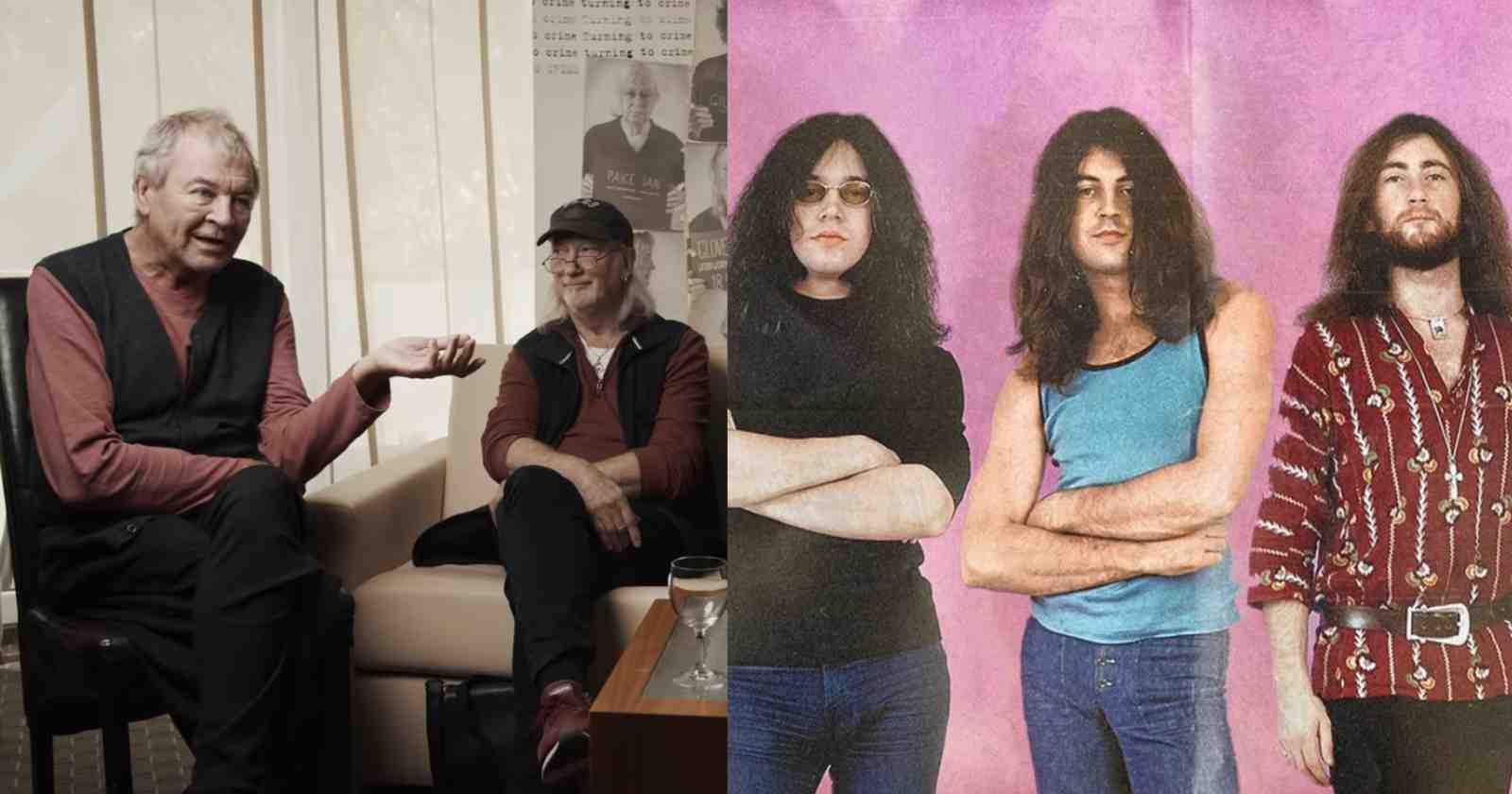 Images from "Turning To Crime" promo video and Didi Zill

Deep Purple vocalist Ian Gillan explained in an interview with KSHE 95 (Transcribed by Ultimate Guitar) how their biggest hit “Smoke On The Water” became successful. According to the singer the song was just a “throwaway track” and an A&R guy who saw them playing gave an advice that made it more successful.

Ian Gillan recalls how “Smoke On The Water” became successful:

“Strange thing about that, that was just a throwaway track on the [1972] album ‘Machine Head.’ We were short on material, the producer said, ‘You’re seven minutes short, guys…’ So we took, it was a warmup track just to get through the soundcheck, and that was ‘Smoke on the Water’ backing track. Roger (Glover) and I wrote the lyrics, the story of the casino burning down, the fire, and what happened during those tumultuous days. It was very much part of our history.”

“We had no idea. In fact, nobody had any idea (That it would become a hit). A guy from Warner Brothers came to a show in America one day. He saw the reaction of the audience to ‘Smoke on the Water,’ and he’d hardly heard it. He looked at the album, ‘It’s seven minutes, OK?'”

“We took it in the studio, did an edit, down to three minutes, and bang, it was played on the radio all over the world the following week, and still is. It’s quite amazing. You know – that’s just lucky, some A&R guy, he spotted it. Otherwise, it would’ve never been so well-known as it is.”