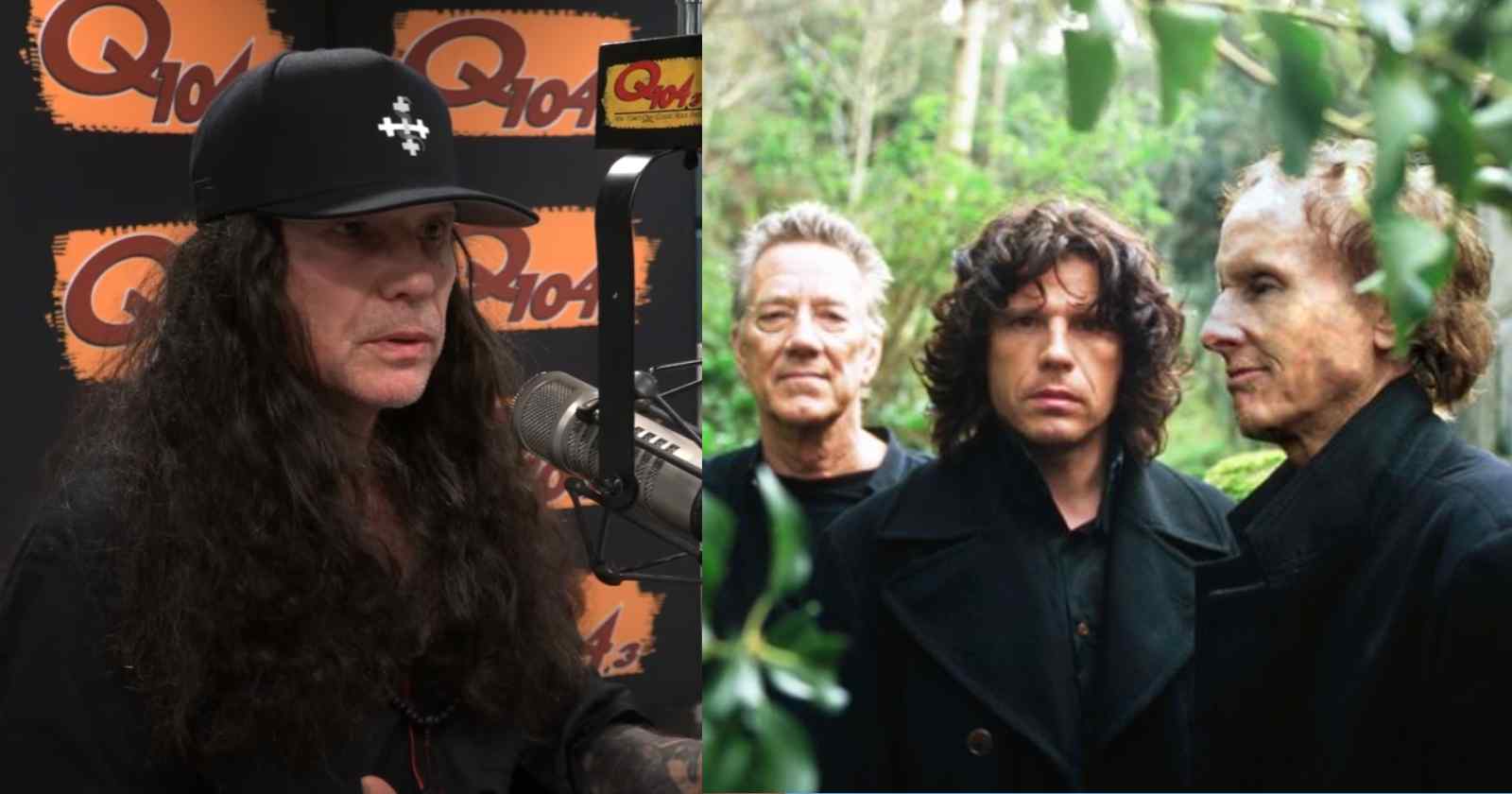 After The Cult broke-up in 2002, Ian Astbury was invited by the original The Doors members Robby Krieger (Guitar) and Ray Manzarek (Keyboards) to be the singer of their project “The Doors Of The 21st Century”, later renamed “Riders On The Storm” and “Manzarek-Krieger” for legal reasons after the court battle the two musicians had with the also original member and co-founder John Densmore, who wasn’t involved in the project.

Astbury, who was part of the project from 2002 to 2007 recalled in an interview with Q104.3 (Transcribed by Blabbermouth) the experience of playing with the legendary American musicians and performing The Doors songs.

“The beauty of that was it was very much Ray and Robby, at that moment… (People) said, ‘Why now? Why are you doing this now?’ And they said, ‘Well, if not now, then when? When can we play our music again.’ And initially John Densmorewas involved. But it descended into fraternal spats — very painful — a familial thing that had to be sorted out and sadly was done in public. I got dragged into court. It was a whole to-do. I was even speaking with Andy Morrison, (Jim’s) brother, and he said, ‘Thank you so much for representing my brother’s music.’ Which was profound, to have that. And meeting people like Michael McClure, who was a mentor for Morrison. And people were giving us their blessing.”

“I had to learn 40 songs in six weeks. By show 30, it was integrated; I mean, it really was integrated. We had Phil Chen on bass. We had Ty Dennis on drums, who played with Robby. And of course Ray and Robby. But it was an integrated thing. And we were playing soccer stadiums in Buenos Aires which were being burnt down — 60 thousand people jumping up and down. They broke the foundations of the stadium.”

“Or playing in Athens where young people were weeping in front of Ray and Robby and reaching out to them, these old gods, with such emotion. And the emotion around The Doors and the youth that were coming and the energy and the community? That was intoxicating. It meant so much to people. And it’s done — you’ll never see it again.

“I stood at Jim’s grave with Ray and Robby. And I went to walk away and they grabbed me and said, ‘No, you stand here with us. You belong here with us.’ That was one of the most profound, powerful moments. For me, it was so moving. And Robby was very upset, and Ray was very upset. And it was incredibly intimate.

“There was a lot of Doors fans who were skeptical about me doing it. And they chose me for a reason, ’cause I was a certain archetype. Ray said, ‘You’re the archetype. You’re Afro-pagan, Celtic, shamanic Buddhist — you have all of that.’ Ray saw that. They knew that I was cut. ‘Cause there was other individuals considered but Ray didn’t feel that they had the layers of character or experience. ‘Cause I had been in Tibet.”

“I had traveled. I had played in South Africa. I’d traveled worldly and they needed a mature, integrated individual to do it. And also, forget the fact that Morrison and I had the same haircut. It really was about delivering his performance. So that was blessing. A baritone — Morrison was a baritone,” Ian Astbury said.