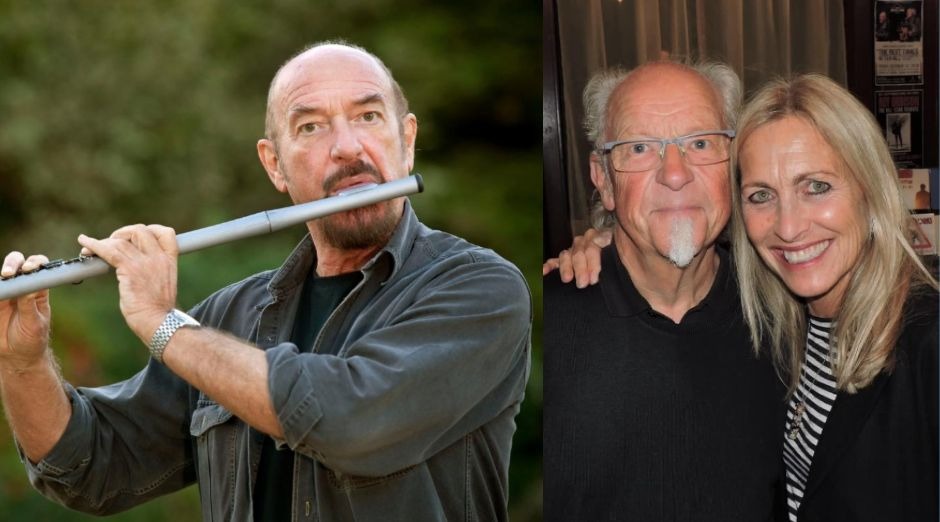 Ian Anderson released a note commenting on the confusion in the use of the name Jethro Tull. Currently, the group is formed by him (The only original member), David Goodier, John O’Hara, Scott Hammond and Florian Opahle. But, ex-band member Martin Barre (Guitarist) is also touring under the name of Martin Barre Celebrates 50 Years of Jethro Tull. Also are in his band Adam Wakeman and Dee Palmer.

“As many of you will know, over the last few decades I have performed in a variety of concert settings and with varying repertoire and content.”

“Often, there is a themed performance. As in the solo Ian Anderson Presents Thick As A Brick shows of 2012 or the Homo Erraticus concert tours in 2014. Then there are the more generic Tull-only repertoire concerts, often billed simply as Jethro Tull. And, a for seasonal delights, The Christmas Jethro Tull concerts in cathedrals and churches in the UK and Europe.”

“Which brings me to the tricky part. Our old pals over the years in Tull – some 36 members overall – are occasionally out and about performing. As is their absolute right – some of the Tull repertoire. “

“Most specifically, Martin Barre some time ago took my suggestion of long ago to form his own parallel performing band. And offer his take on the Tull works of which he was such an important part. The Martin Barre Band is currently on tour at a theatre near you in various parts of the world. With Martin doubtless having a whale of a time being his own boss at last.”

“But there has been some confusion on the part of promoters and audiences. As to who or what Jethro Tull currently is. I hate to have to point this out. But many, many years ago I registered and obtained the international copyright in the name Jethro Tull. For all activities to do with music. “

“At that time, it was to have the legal clout to take to task any third party attempting to use the Tull name. For commercial purposes whether merchandise, artwork or musical performance.”

“We all know of the endless parade of tribute bands who make a fast buck. Unashamedly imitating the work of the good and the great in pop and rock music.”

“Nothing wrong with that. I suppose, if everyone knows the ropes and is not conned into attending thinking it really is Pink Floyd, Metallica, Meat Loaf or whoever. Or even Jethro Tull since there have been a couple occasions in the past where unscrupulous promoters have billed shows as ‘Jethro Tull’ simply on the basis that it is Tull music or a past band member is part of the lineup.”

They had been cheated

“Martin has himself always been clear as regards the billing of his concerts. As Martin Barre and/or The Martin Barre Band. Whether he is playing Tull repertoire, his own or a mixture of both. I am sure he would never wish to have the audience think they had been cheated expecting Ian Anderson to be there waving his flute around.”

“I am delighted. Indeed honoured. That Martin should choose to play with his band the songs and music I have written, performed, produced and released as Jethro Tull over the years.”

“Beware that some promoters may choose to blur the lines with how they promote shows. Using artwork that at best is confusing and at worst, simply dishonest. The only legitimate use of the Jethro Tull concert billing name is when I go out to work performing the Tull repertoire.”

“The other current members of Jethro Tull have been long-serving. Bassist David Goodier has been with me for 18 years. Keyboardist John O’Hara for 17 years. Recently-departed guitarist Florian Opahle for 15 years and drummer Scott Hammond for 10 years. All having performed many concerts under simply the Jethro Tull name.”

“And so, for the avoidance of doubt. If you see a current or future concert billed simply as Jethro Tull, it should only happen with your familiar, friendly flute player leading the charge.”