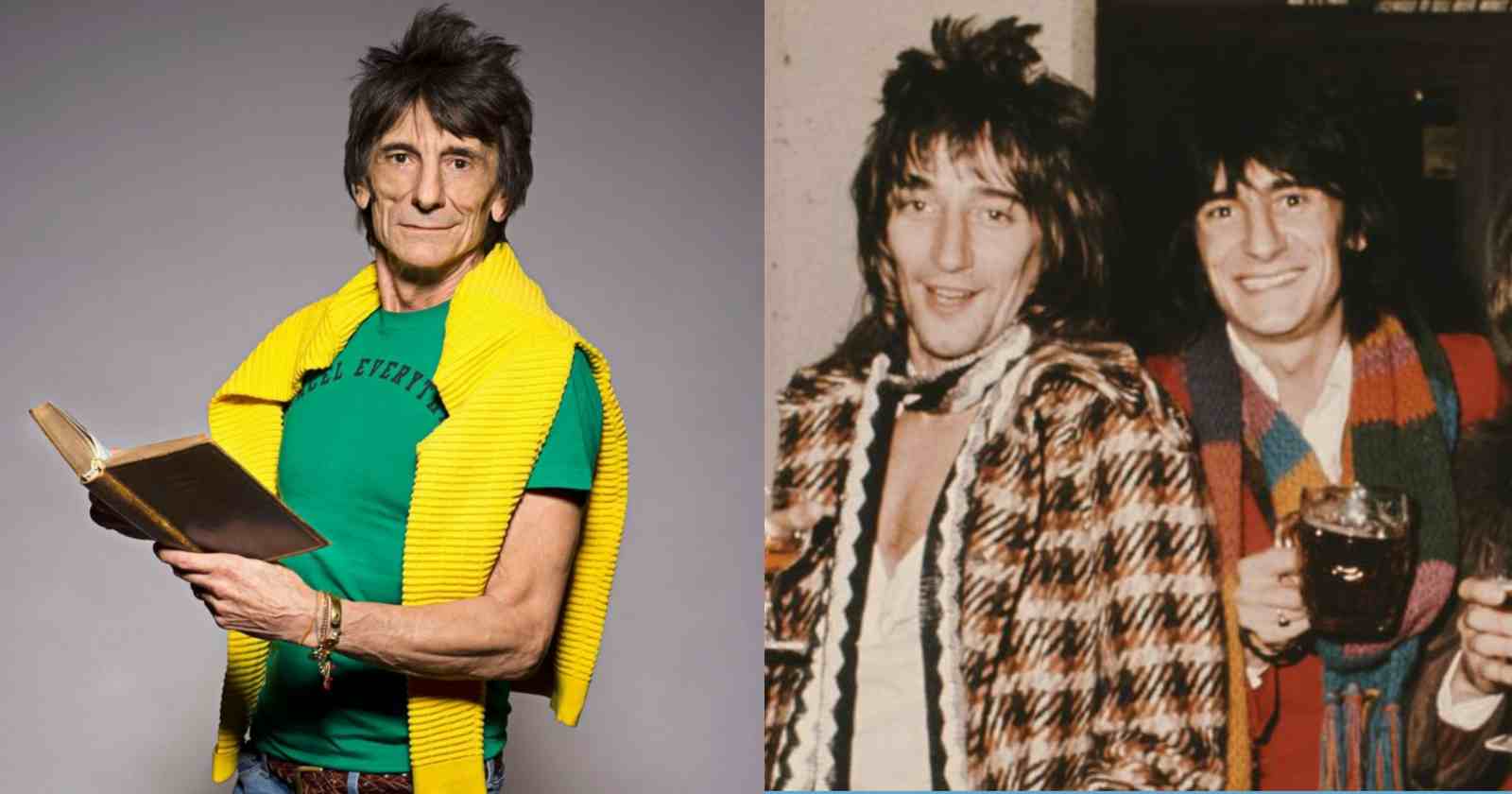 The Faces were formed in 1969 by the remaining members of The Small Faces, after the lead singer and guitarist Steve Marriott left the group. Ian McLagan (Keyboards), Ronnie Lane (Bass) and Kenney Jones (Drums) were joined by guitarist Ronnie Wood and singer Rod Stewart.

From 1970 to 1973 they released four studio albums and one of their biggest hits were “Stay With Me” from their 1971 record “A Nod Is As Good As a Wink… to a Blind Horse”. In an interview posted on his social networks, Ronnie Wood, who is one of Rolling Stones‘ guitarist since 1975 recalled how he written the hit with Rod Stewart on a dressing room in the United States before a show.

“I remember being in a dressing room. I think in Detroit or somewhere like that with Rod (Stewart) and coming up with the chord sequence of ‘Stay With Me’. We were getting ready to go own. Rod said ‘Come on, play something to make me get ready for the gig. And I said ‘put some words to this’. So I was playing the riff and he started to mess around with some words. ‘I know your name is Rita ’cause your perfume’s smellin’ sweeter,’ you know”

“Anyway, so we kicked around and before we knew it we went in the studio and we had a couple of others songs that we wrote in dressing rooms to jump on the same kind of feel. Things like ‘Too Bad’, ‘Miss Judy’s Farm’,” Ronnie Wood said.

Other famous songs of the band are “Ooh La La”, “Debris”, “Glad and Sorry” and “Just Another Honky”. Besides Ronnie Wood, Rod Stewart was another member of the band that had a successful career after the band. He became a praised and famous solo artist with an estimated amount of more than 250 million records sold worldwide.