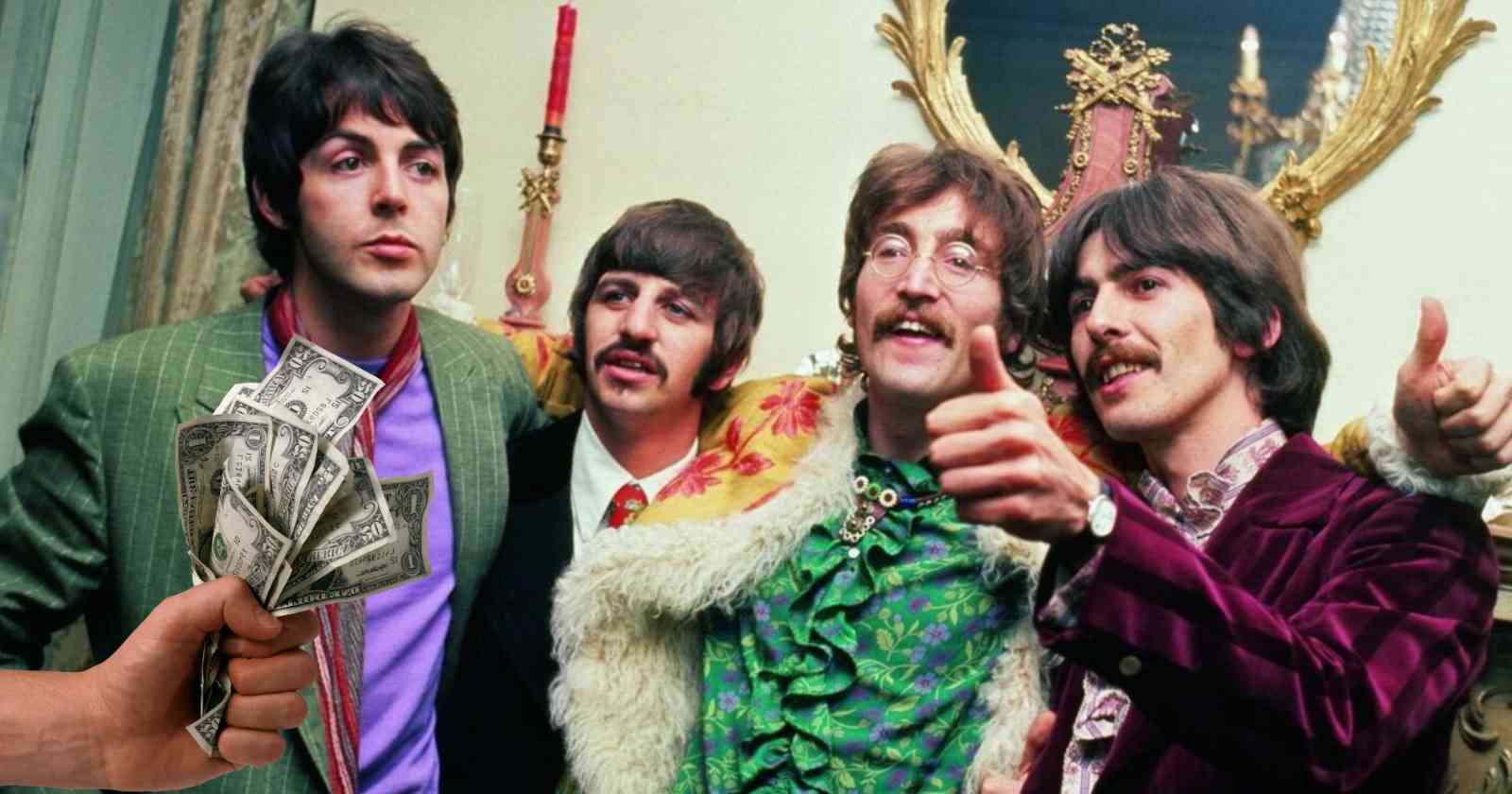 The Beatles are one of the most famous bands of all time that sold millions of records all over the world. But how John Lennon, George Harrison, Paul McCartney and Ringo Starr shared the money they’ve made?

How The Beatles members divided the money they made

According to Chron magazine in their original contract with their manager Brian Epstein back in 1962, Epstein had 25% of the gross money and John, George, Paul and Ringo divided the other 75%. The members also equally splitted concert fees, record and merchandising royalties.

Songwriting profits were received by each one that wrote the songs. Since McCartney and Lennon were the main songwriters they had more royalties. George and Ringo received for the songs they wrote.

According to the website Celebrity Net Worth The Beatles members estimated networth is:

In an interview with Playboy magazine back in 1980, John Lennon talked about George and Ringo songwriting royalties:

When asked about the meaning of the song “Do You Want to Know a Secret?”, Lennon said: “The idea came from this thing my mother used to sing to me when I was one or two years old, when she was still living with me. It was from a Disney movie: ‘Do you want to know a secret? Promise not to tell? You are standing by a wishing well.’ So, with that in my head, I wrote the song and just gave it to George to sing.”

“I thought it would be a good vehicle for him, because it had only three notes and he wasn’t the best singer in the world. He has improved a lot since then; but in those days, his ability was very poor. I gave it to him just to give him a piece of the action. That’s another reason why I was hurt by his book. I even went to the trouble of making sure he got the B side of a Beatles single, because he hadn’t had a B side of one until ‘Do You Want to Know a Secret.’ ‘Something’ was the first time he ever got an A side, because Paul and I always wrote both sides.”

“That wasn’t because we were keeping him out but simply because his material was not up to scratch. I made sure he got the B side of ‘Something,’ too, so he got the cash. Those little things he doesn’t remember. I always felt bad that George and Ringo didn’t get a piece of the publishing. When the opportunity came to give them five percent each of Maclen, it was because of me they got it. It was not because of Klein and not because of Paul but because of me.”

“When I said they should get it, Paul couldn’t say no. I don’t get a piece of any of George’s songs or Ringo’s. I never asked for anything for the contributions I made to George’s songs like ‘Taxman.’ Not even the recognition. And that is why I might have sounded resentful about George and Ringo, because it was after all those things that the attitude of ‘John has forsaken us’ and ‘John is tricking us’ came out… which is not true.”