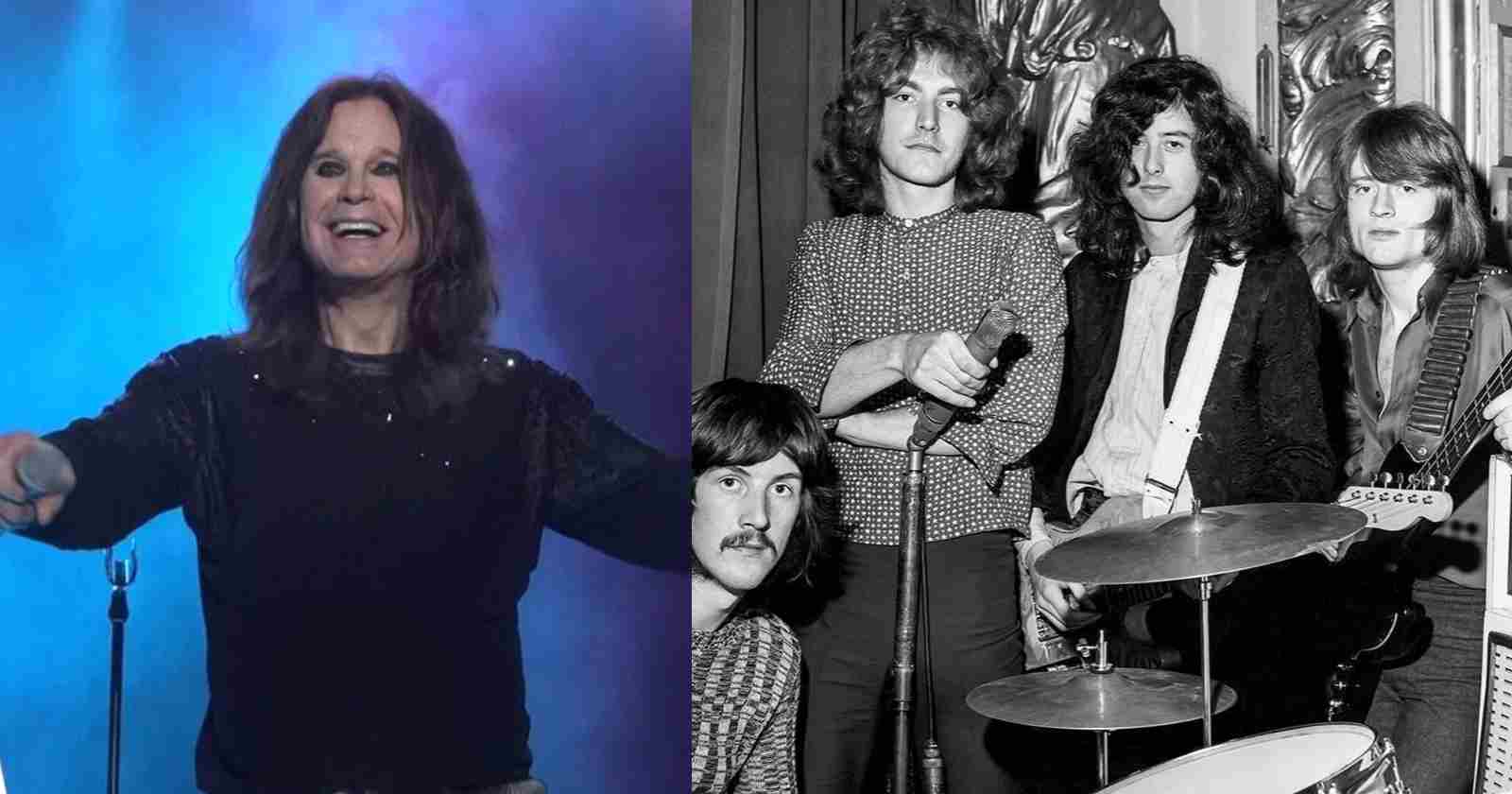 Led Zeppelin changed the Rock and Roll scene after the release of their debut album in 1969. It was one year before Black Sabbath made their debut but singer Ozzy Osbourne was already connected to what was being released and he recalled in interviews over the years how he reacted when he first heard the record and about the legacy of his peers.

In an interview for the 1995 documentary “History Of Rock and Roll” (Transcribed by Rock and Roll Garage), Ozzy Osbourne recalled what was his reaction when he first heard “Led Zeppelin I”. “I remember listening to the first Zeppelin album. It was like such a great breath of fresh air for somebody doing something acceptable but yet so different”.

During a conversation back in 2007 with Lauch Radio Networks, Ozzy recalled that before Zeppelin was formed he was walking in Birmingham with his bandmate, the bassist Geezer Butler. They saw singer Robert Plant in the subway. The bass player knew Plant and asked what he was up to. He answered that he had just been asked to join a band called “The New Yardbirds”. The band would later be called Led Zeppelin. Ozzy then talked about the impact that Zeppelin had on him, saying: “The first two albums had such an impact on my voice, and on my life. Similar to The Beatles when I first heard them.”

In an interview with Rolling Stone back in 2017 he chose “Led Zeppelin IV” as one of his favorite albums of all time and said: “I’ve always been a huge Led Zeppelin fan. All of their studio albums are classics. But this is one of my all-time favorites.”

In an interview with Planet Rock back in 2005 (Transcribed by Rock and Roll Garage), Ozzy talked about his friendship with the late Led Zeppelin drummer John Bonham and how he first heard about the death of the musician in 1980: “John Bonham was a great dear friend of mine. I used to go out and drink with him sometimes. I was in Liverpool, I just fold it up. And I was going through a divorce and all these stuff when John died.”

“I was in bed in my ex-wife’s house and the doctor comes, because I wanted to say that I was unfit for work. The guy goes ‘Did you know John Bonham?’ (If you keep) drinking you gonna end up just like him. And I was like ‘what?’ I was just plastered.” In the same conversation, Ozzy said that Zeppelin’s ‘Whole Lotta Love’ was a great Classic Rock track.

During the recording of the classic Black Sabbath 1973 album “Sabbath Bloody Sabbath” album, Led Zeppelin members visited the Birghminhan group and they played together. In an interview with Classic Rock magazine back in 2019, legendary guitarist Tony Iommi recalled the moment. He also said that it was recorded but they don’t know where the tape is.

“We were really good mates with Led Zeppelin. Especially Robert Plant and John Bonham who came from the Midlands. Zeppelin had wanted us to be on their label, Swan Song. But we couldn’t make it work out. During the recording of the Sabbath Bloody Sabbath album, Zeppelin came into the studio for a jam.”

“John wanted to play “Supernaut” (Released on their previous album ‘Vol 4’) but we jammed instead. We were in the middle of recording so it fucked up the session. I know that it was recorded. I’d love to hear it. The tape must be around somewhere.”

Later on Bill Ward wouldn’t allow Joh Bonham to use his drum kit because he would hit it so hard that he would damage the instrument.