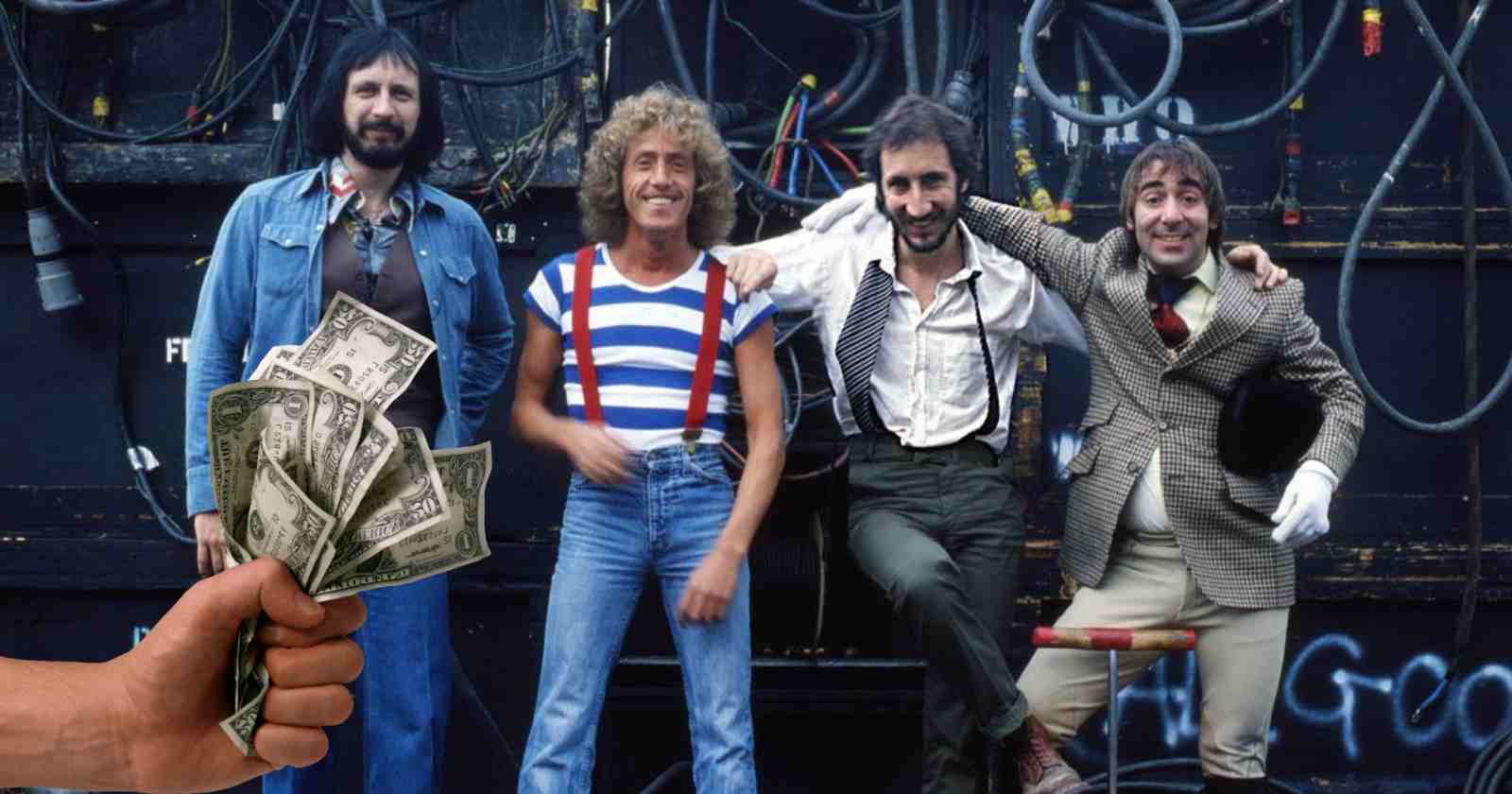 From August 15 to 18 back in 1969, the Woodstock Festival happened with many legendary bands. The Who were one of those groups that made a historical concert with Roger Daltrey (Vocals), Pete Townshend (Guitar), John Entwistle (Bass) and Keith Moon (Drums).

According to The Sound, The Who received $6.250 dollars for the show, that would be, amount that transformed with 2021 inflation rate would be equivalent to $45,904.96 dollars.

In an interview withe New York Times back in 2019, Daltrey recalled the concert at Woodstock saying: “It was a particularly hard one for me, because of the state of the equipment. It was all breaking down. I’m standing in the middle of the stage with enormous Marshall 100 watt amps blasting my ears behind me. Moon on the drums in the middle. I could barely hear what I was singing.”

During the same interview he recalled that due to the delays of the concerts, they had to keep waiting  to play for hours and hours: “You’ve got to remember, by the time we went onstage, we’d been standing in the mud for hours. Or laying in it, or doing whatever in it. It wasn’t actually that muddy backstage, but it wasn’t comfort, let’s put it that way. Hours and hours of that is boring. We could hear the bands that were on before us, and I particularly remember how good Creedence Clearwater [Revival] was — they were fantastic.”

In his 2012 book “Who I Am“, The Who guitarist Pete Townshend recalled the way the band was received in the festival: “The scene that greeted us at the backstage area of the festival was horrific. The entire parking area was a slurry of thick, gelatinous mud… As I got out of the car, I slipped and sank up to my knees. There were no dressing rooms available, so we went to a tent with a hot-water machine, teabags, instant coffee and a coffee dispenser. I helped myself and within minutes realized the water had been spiked with acid.”