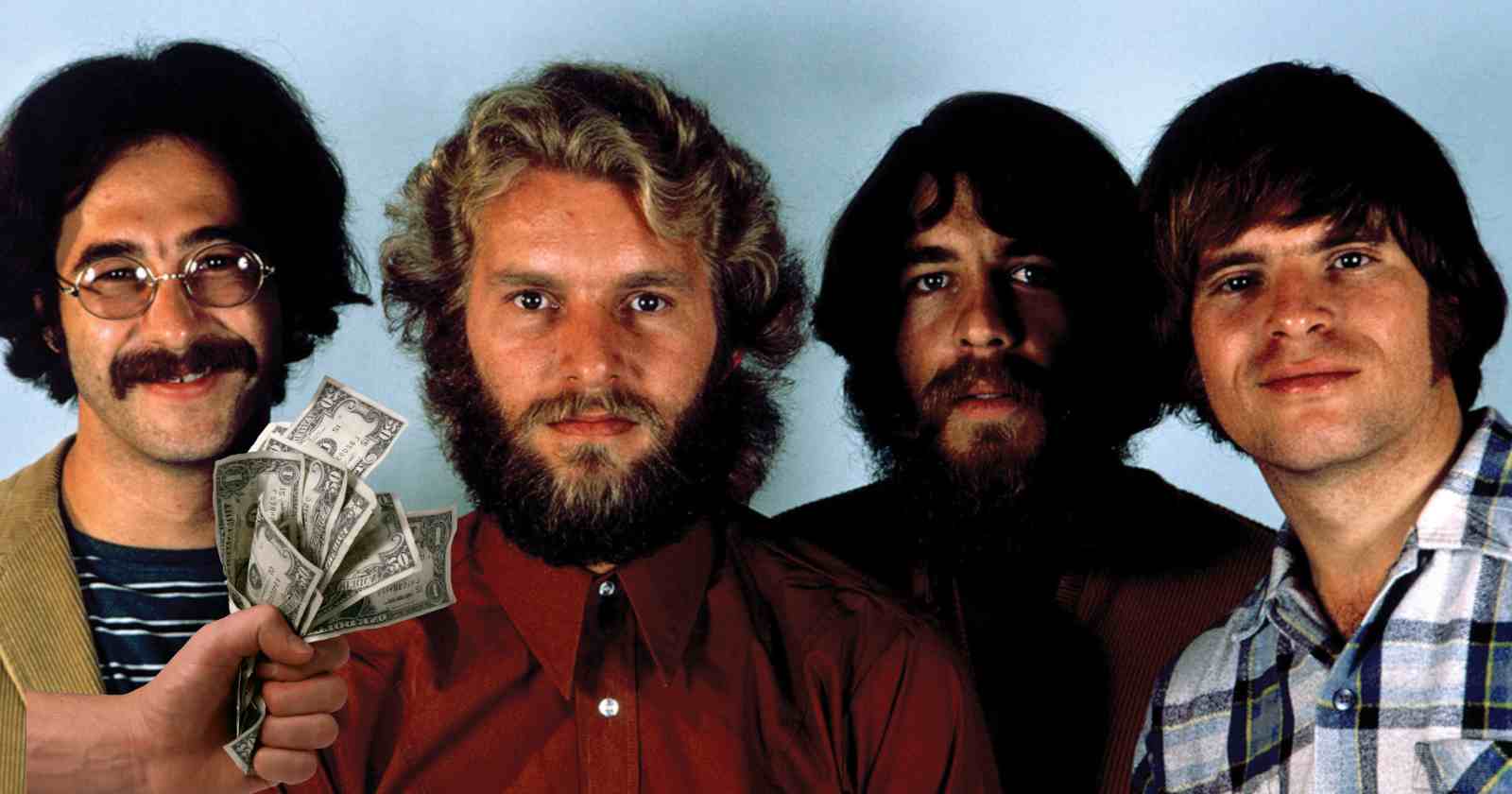 Back in 1969 from August 15 to 18 the Woodstock Festival happened with many legendary bands. Creedence Clearwater Revival were one of those groups that made a historical concert with John Fogerty (Guitar and vocals), Tom Fogerty (Guitar), Stu Cook (Bass) and Doug “Cosmo” Clifford (Drums). By then, the group had released classic albums like “Creedence Clearwater Revival” (1968),

How much Creedence Clearwater Revival earned playing in Woodstock

According to money.com, Creedence Clearwater Revival received 10,000 dollars for their show in August 17 at the festival (More than The Who that received $6.250). Clearwater’s amount transformed with 2021 inflation rate would be equivalent to $45,904.96 dollars.

In an interview with Forbes in 2021, John Fogerty talked about the concert at Woodstock and explained that they decided not to be part of the famous documentary of the festival because dind’t had a good crowd response during their show. “It was mostly that we didn’t get a good crowd response. We followed The Grateful Dead, which was on stage for an hour and a half, much of the time in a fog because they had taken LSD.”

“Plus everything was running late. By the time Creedence got on stage, it was like 2:30 a.m. Everyone was asleep. Here, I thought this was going to be our crowning achievement. The band played great, but there was no reaction until about the last 10 minutes of our set. So basically we woke them, then warmed them up for Janis Joplin. I didn’t feel I wanted that particular conundrum in the movie. Here we were, on our way to becoming the number-one band in the world. What do I care about this movie? It didn’t show us in the best light, so I said no.”

In 2019 the group released the album “Live at Woodstock”