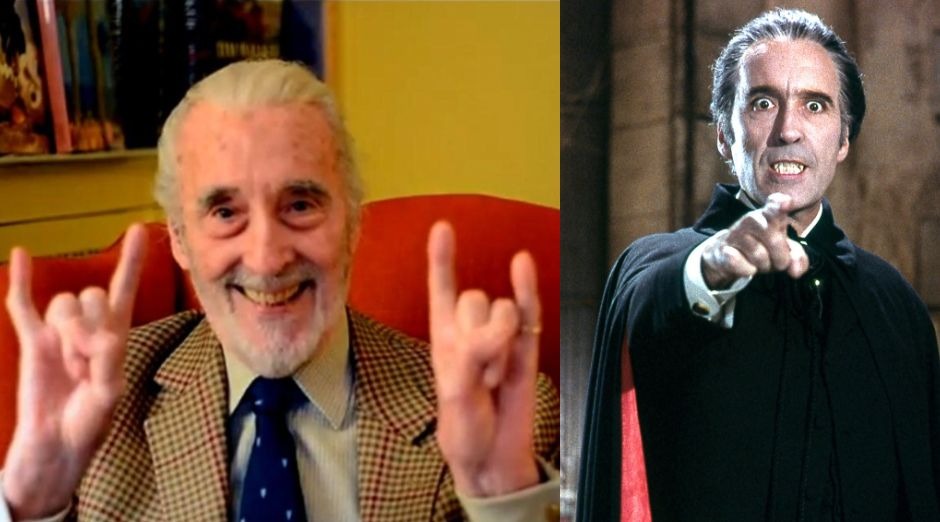 Recognized by the general public today mainly for the role of the magician Saruman in the Lord of the Rings franchise. Sir Christopher Lee was one of the most multifaceted artists in history. With a career beginning in the theater, it was in cinema that he consecrated himself.

Intermingling roles in different genres. He showed his versatility, playing all types of characters. But standing out as a villain. Mainly for having participated in dozens of films by Hammer Productions. An English horror film company.

He was tall (1,95m), had a firm voice of an English gentleman and almost somber if it was necessary in his interpretation. Lee built memorable malefactors in his cinematographic trajectory. The actor unfortunately died with 93 years-old due to respiratory problems and heart failure back in 2015.

Even at an advanced age, Lee continued to dedicate himself in parallel to cinema to one of his greatest passions, heavy rock. One of his first official contacts with the genre was in a partnership with Fabio Lione. That is the original vocalist of the Italian band Rhapsody of Fire. In addition, the actor also recorded with Manowar.

Besides the partnerships, he recorded four solo albums: “Christopher Lee Sings Devils, Rogues & Other Villains” (1998), “Revelation” (2006), “Charlemagne: By the Sword and the Cross” (2010), “Charlemagne: The Omens of Death” (2013). As well as a series of singles that contained Christmas carols transformed into Heavy Metal songs.

Lee discovered Heavy Metal in the 70s after he first heard Black Sabbath. He always praised guitarist Tony Iommi and once said he “was the father of metal”. And the guitarist replied saying: “But you’re the one that started it, really. Because we used to go watch Dracula and the horror films you did and that’s what influenced us.”

The artist talked with Metal Hammer in 2015 about his passion for the genre, saying:

“I have a great belief that things, no matter what they are. Music, literature, anything in life, should from time to time surprise people. And that’s what I believe in: surprising people. Heavy metal has, since its very beginning, surprised in the best sense of the word. And people all over the world. To be involved in that, and to show people that even now I can still surprise my audience. It’s very important. I’ve spent my entire career taking risks. Acting is a risk, it has to be. I’ve never been afraid, and I’ve done my best to take those risks.”

He was probably the second best Dracula, because Bela Lugosi’s memorable performance in the 1931 film is incredible. He was also an insane cannibal who lived on the London Underground in “Raw Meat” (1972), Francisco Scaramanga, James’ villain Bond in “007 – Against the Man with the Golden Gun” (1974) and Count Dooku in Star Wars episodes II and III.

But like any successful actor, not everything in his career was good. Having acted in more than 200 films, Lee participated in shameful productions that were forgotten in his brilliant filmography. Such as “Captain America II” (1979), “Howling II ”(1985), among other bad low budget films.

He considered “The Wicker Man” (1973), his best film. Where he brilliantly played the member of a pagan sect on a Scottish island. 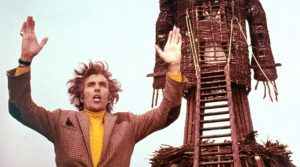 Being presented to the mainstream

In the last three decades of his life he was presented to the general public and new generations by several blockbusters directors that were by big fans of the actor. Working with Tim Burton in “Sleepy Hollow” (1999), in the remake of “Charlie and the Chocolate Factory” (2005). Also dubbing in “Corpse Bride” (2005) and in “Dark Shadows” (2012), his last vampire movie.

He also worked with George Lucas acting in episodes II and III of Star Wars. But it was with Peter Jackson, in the Lord of the Rings trilogy and in two films of the Hobbit series that he won the general public.

Christopher Lee will be forever in the hall of the greatest actors in history. Who have marked and will continue to impress generations of fans worldwide. Because despite being a great loss to the artistic world, his image and talent will remain eternalized in the cultural memory all of us.