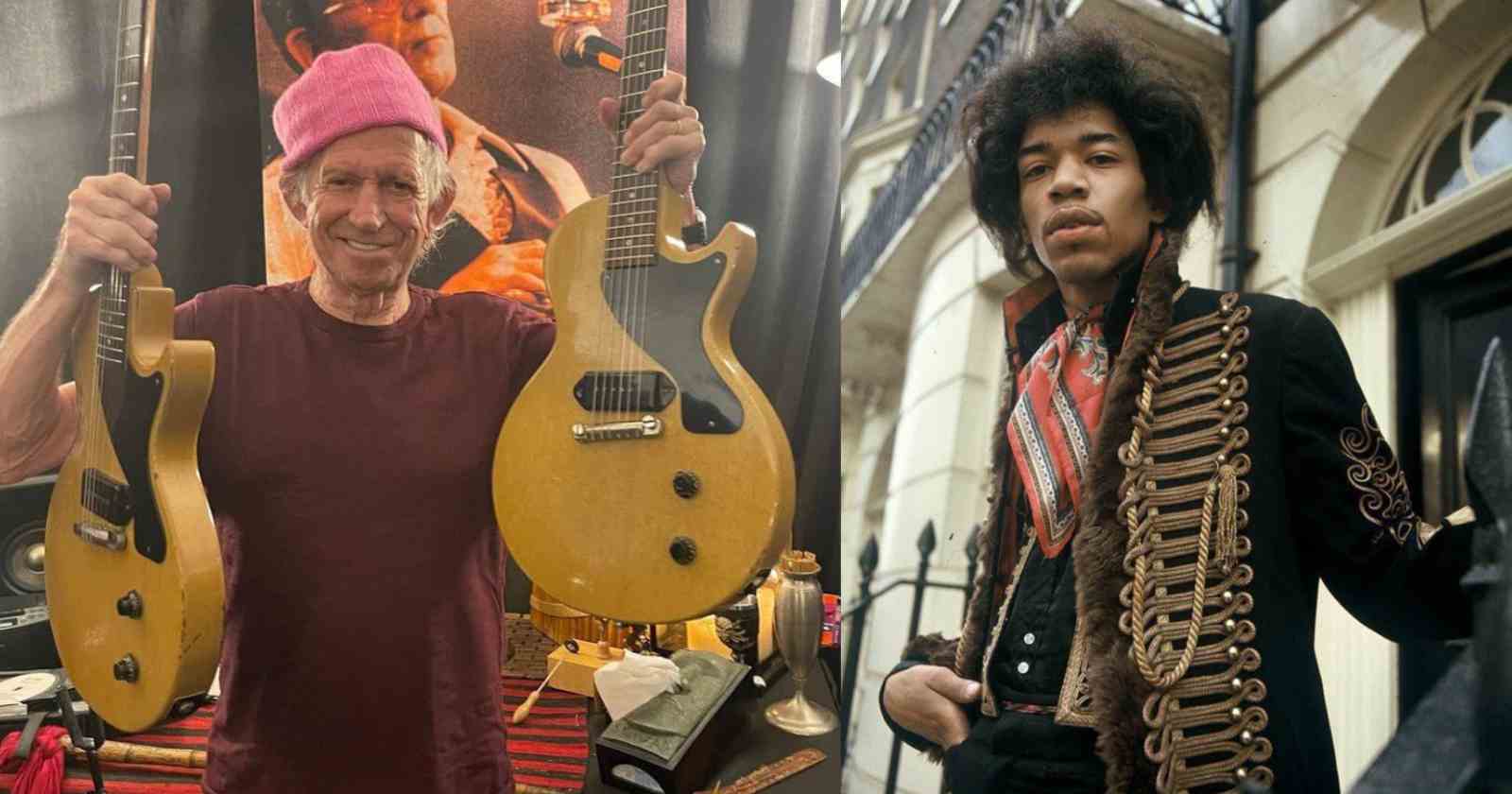 The American guitarist Jimi Hendrix changed the way the guitar was played in the late 60s and draw the line for what Rock and Roll music would become in the following decades. At the time he appeared on the scene all his peers were impressed by his technique and amazing talent. The Rolling Stones‘ Keith Richards was one of the legendary guitarists that had the chance to see Hendrix live and revealed in an interview with Rolling Stone magazine back in 1981 how he reacted when he first saw the musician play.

Although many people only saw Hendrix when he was already a solo artist, Keith Richards knew the American guitarist when he was still playing in Curtis Knight band: “I first heard him on the road with Curtis Knight, and then I used to see him play at a club called Ondine’s in New York. I thought I was watching someone just about to break. But as far as his being a guitar player, I mean, I was disappointed when the records started comin’ out.”

“Although, given the time and that period, and given the fact that he was forced into an “English psychedelic bag” and then had to live with it because that’s what made him . . . one of the reasons that he was so down at the period when he died was because he couldn’t find a way out of that. He wanted to just go back and start playing some funky music, and when he did, nobody wanted to know.”

The musician said he knew Hendrix fairly well in person and that “by the period of his demise — to put it politely — he was at the point of totally putting down and negating everything that had made him what he was. I mean all the psychedelic stuff. He felt like he’d been forced to do it over and over again so many times, just because that’s what he was known for. When I first heard him, he was playing straight-ahead R&B.”

For Richards, Hendrix “ruined” the guitar for everybody else

In an interview with San Diego Tribune back in 2010, Keith Richards said that Hendrix was so good that he ruined the guitar for everybody that came after: “One guy can ruin an instrument. Jimi Hendrix, bless his heart – how I wish he was still around – almost inadvertently ruined guitar.”

“Because he was the only cat who could do it like that. Everybody else just screwed it up, and thought wailing away (on the guitar) is the answer. But it ain’t; you’ve got to be a Jimi to do that, you’ve got to be one of the special cats.”

In an interview with Rolling Stone magazine in 2015, Keith recalled watching Hendrix play Bob Dylan songs in 1966: “At the Ondines. He was fantastic. Doing Dylan songs and “Wild Thing” in a club with a pickup band. Fantastic. One of those cats you just knew you were going to see again. He was like Brian (Jones) too. We were on the European tour when both Jimmi and Janis died. So I didn’t really get into it till I got back, a few months later.”

Famous British model Linda Keith, known for her work with Vogue during the 60s was an important part of Jimi Hendrix’s success. Linda dated Keith Richards and spent time living in New York City where she frequented the clubs in Greenwich Village. She helped discover Jimi Hendrix by introducing him to Chas Chandler.

At the time, Hendrix’s own guitar was in the pawn shop and didn’t had one to play, so she decided to lent him a guitar that belonged to Keith Richards. As she recalled in an interview with The Observer (Via The Guardian), Hendrix would perform at the New York Village “Cafe Au Go-Go” and she invited Seymour Stein, the man who would later discover Madonna, to see the guitarist play: “It was the night he smashed up a white guitar. I was beside myself. I’d lent him a guitar belonging to my boyfriend and there he was smashing one up on stage! I was absolutely livid with Jimi because to me that’s the most un-cool thing to do.”

After Hendrix achieved success being managed by Chas Chandler he moved to London and formed his band “The Experience” and Linda was then prohibited by her father to be around Hendrix because Keith Richards called Linda’s father and said she could be in danger, because Hendrix’s girlfriend at the time was involved with drugs and was going out with dangerous people, as she recalled in the same interview: He (Hendrix) had management, a girlfriend and other people telling him how to be and my influence was possibly seen as some kind of threat. Maybe they thought I would try to influence him away from a commercial sound to a more purist blues.”

“He (Keith Richards) told my father to come and get me. When he walked into the Cafe Au Go-Go, I thought, ‘God, that looks like my father’. He took me by the arm and marched me out.”Then she recalled that Richards was waiting for her in London: “There he was, looking rather smug. I told him to fuck off. Keith did do a bit of the dirty on me. But he genuinely felt I was in danger and he could save me. And God bless him, maybe he did.”