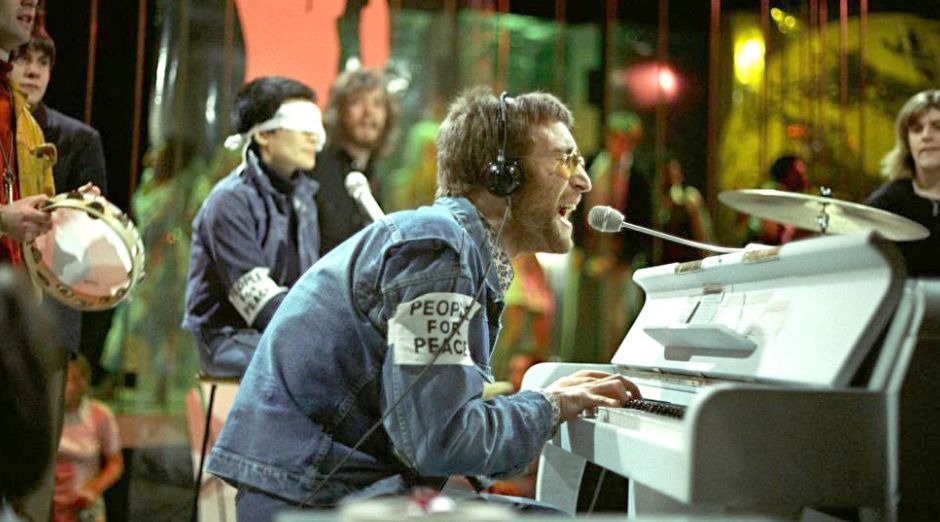 On the morning of January 27, 1970, John Lennon envisioned his future. He and Yoko Ono had just returned from a trip of almost a month to Denmark, where Ono was visiting his daughter with Tony Cox.

During one of the many conversations that took place there, the idea of ​​”karma” was raised and dissected by Lennon, who returned to Tittenhurst Park with many thoughts in mind.

Shortly after waking up, he sat down at the piano and, using rudimentary chords, started playing “Instant Karma! (We All Shine On)”.

Within the hour, he finished the song – and, afraid to forget it, played it over and over. “I went to the office and sang several times,” Lennon told Rolling Stone USA in 1970. “So I said, ‘Wow, come on’, and we booked the studio.”

In the afternoon, John Lennon had met in the Abbey Road studio with a familiar team: George Harrison, keyboardist Billy Preston, bassist Klaus Voormann and drummer Alan White, who would later join Yes. 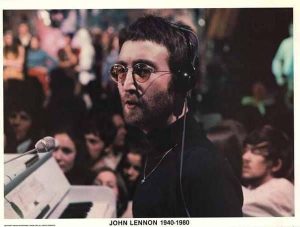 In the evening, the musicians were accompanied by another collaborator. “There was a little man running from side to side,” says Voormann.

“And I said, ‘Who is this guy?’ We all started playing and it looked good, oscillating, and it all came together quickly. The little man said things like ‘Uh, could you put the plates down?’ or ‘Come here and listen.’ At that moment, I realized it was Phil Spector.”

At this point, Lennon and the notorious producer were friends; they shared a similar sense of humor. “It started out as a joke,” continues Voormann. “John and Phil got along really well. They said, ‘Let’s do it all in one day!’ They were kidding – but it worked. ”

“Phil came in and said, ‘How do you want this?'” Recalled Lennon. “I said, ‘You know, like in the 1950s.’ He said, ‘Right,’ and I played the song about three times or something. I went over there, he played the tape and there it was. Just wanted to a little bit lower, that’s all.” 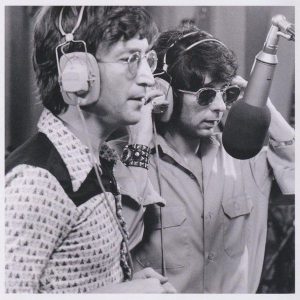 To boost the chorus, Preston went to the nearby Speakeasy club and asked some regulars to go to the studio and sing in the background. One singer, Beryl Marsden, met the Beatles at the Cavern Club. “How could I refuse?”, she recalled.

Upon hearing the final product, Voormann was impressed. “It sounded incredible,” he said. “Phil had added echo and everything, it was incredible.”

Released by EMI in February and credited to Lennon / Plastic Ono Band, “Instant Karma! (We All Shine On)” was a fantastic track.

We All Shine On

The speed and efficiency with which “Instant Karma! (We All Shine On)” came together confirmed to Lennon that he could work on his own, without the other three Beatles.

“You see, Phil is great at this,” said Lennon. “He doesn’t get involved with the stereo or all that bullshit. Does that sound good? So come on, it doesn’t matter if it’s a prominent thing or not. If it looks good even though you’re a layman or a human, accept it.”

“There was a simplicity in the way he wrote ‘Instant Karma!’ that he wouldn’t have developed with the Beatles,” says Voormann. “He felt so much more free than before.”