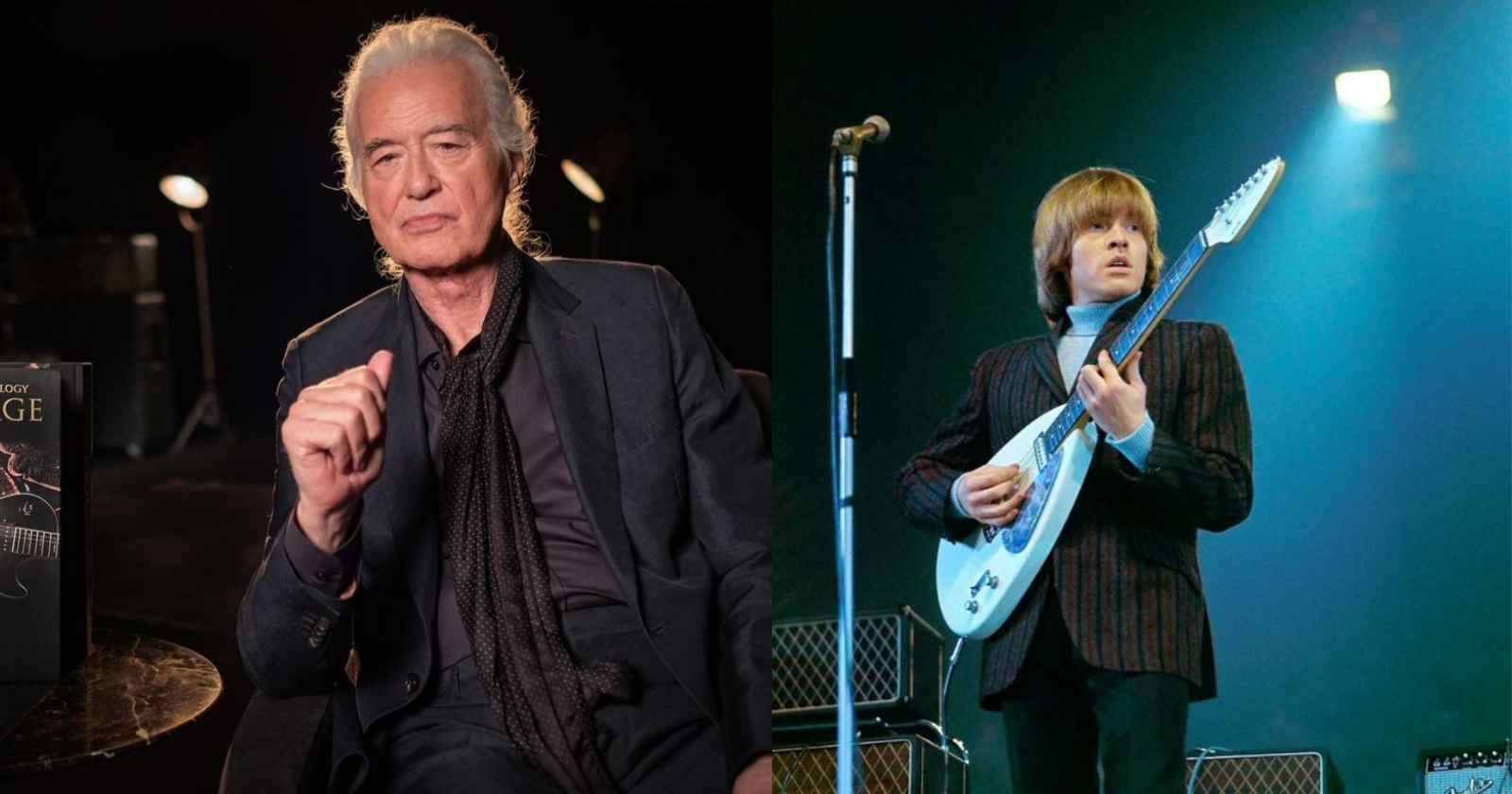 Guitarist Jimmy Page is considered one of the best of all time in his craft and before playing with The Yardbirds and creating Led Zeppelin he was a respected session musician. He played in singles by Donovan, The Who and even in a rare Brian Jones (Late Rolling Stones member) rare solo project that was his soundtrack to the 1967 film “A Degree of Murder”. Page recalled the story behind this record in an interview with Rolling Stone back in 2012.

“I met Mick (Jagger) and Keith in the back of a van, going to a blues festival in Birmingham. I went because I really wanted to see John Lee Hooker. We ended up at a blues collector’s house, who had the Howlin’ Wolf record with the rocking chair on the cover (1962’s Howlin Wolf). So It had just been imported.”

“I didn’t know Mick and Keith as well as I knew Jeff. But I’d seen Brian at the Ealing Jazz Club. I saw him play bottleneck guitar. I was struggling with the Elmore James stuff. Suddenly, it clicked. It was in the tuning. He was doing it.”

“It might have been Stu (Stones roadie-pianist Ian Stewart) who called me. Brian knew what he was doing. It was quite beautiful. Some of it was made up at the time; some of it was stuff I was augmenting with him. I know I was definitely playing with the (violin) bow. Brian had this guitar that had a volume pedal — he could get gunshots with it. There was a Mellotron there. He was moving forward with ideas.”

Brian Jones died at the age of 27 back in 1969, six months after Led Zeppelin released their debut album.

Back in 2020 The Rolling Stones finally released the song “Scarlet” that featured Led Zeppelin’s Jimmy Page on guitar. The track was recorded back in 1973 and was released as part of their expanded reissue of the album “Goats Head Soup”. The track has Rolling Stones bluesy style with Jimmy Page characteristic riffs. “I remember first jamming this with Jimmy and Keith in Ronnie’s basement studio. It was a great session,” Mick Jagger said at the time.

Keith Richards also talked about the track, saying: “My recollection is we walked in at the end of a Zeppelin session. They were just leaving and we were booked in next and I believe that Jimmy decided to stay. We weren’t actually cutting it as a track, it was basically for a demo, a demonstration, you know, just to get the feel of it. But it came out well, with a line up like that, you know, we better use it.”