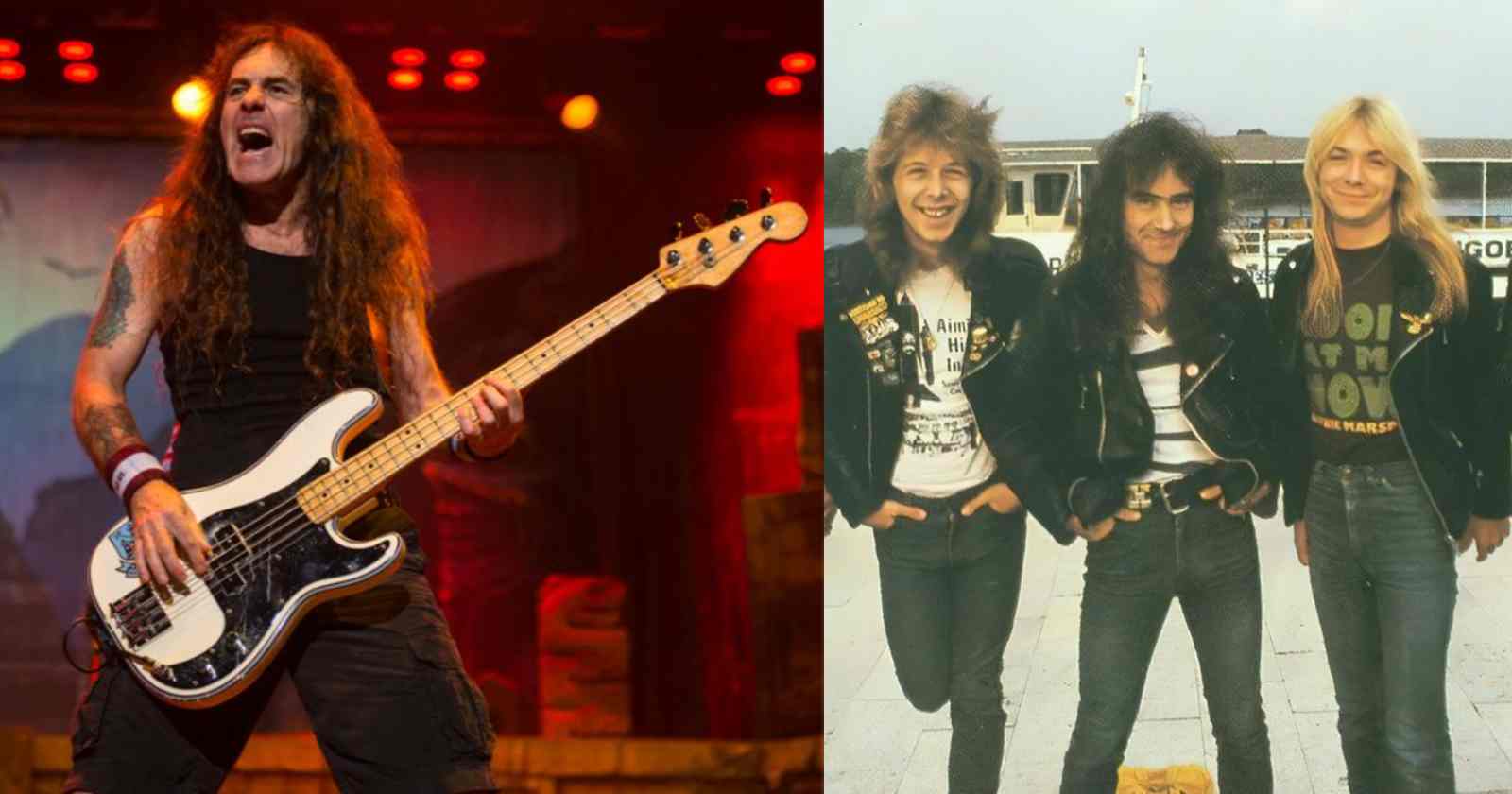 Iron Maiden bassist Steve Harris is considered one of the best Heavy Metal musicians of all time. In an interview with Reverb back in 2020, the musician recalled how he started playing bass guitar and why he chose the instrument.

“I started quite late. I was 17 when I started, compared to a lot of people who tend to start around 11, 12. But then sometimes I think if you start early you can burn yourself out by the time you’re 18, 19, and get bored or whatever. Anyway, it worked for me starting late. I didn’t have the interest before that. I did in the sense of listening to music and bands and all that. But I didn’t get seriously into music until about 15.”

The musician was then asked the reason why he chose the bass guitar and he rvealed that was probably because he couldn’t play the drums: “I really wanted to play drums originally. But there’s no way I could’ve played drum. I didn’t have anywhere to put a kit and practice or anything. So I thought, well, next best thing is to play along with the drums. I’d always liked the beat and the power of the bass and drums.”

“Somebody actually said to me: ‘You’ve got to learn acoustic guitar before you can play the bass.’ I didn’t know any better then. So I learnt a few chords on acoustic, got fed up with that. Thought well, this isn’t getting me anywhere as far as the bass goes. So I went out and bought myself a Shaftesbury copy of a Fender Telecaster Bass.”

Bassists that he likes

Iron Maiden bassist and main lyricist Steve Harris inspired many musicians over the decades and always paid tribute to the ones who were an influence to him. In an interview with The Metal Voice (Transcribed by Metal Shock Finland) back in 2018 he listed 5 bassists that were an inspiration. Harris is the only member of Iron Maiden who is in the band since its foundation in 1975.

When asked if Rush’s Geddy Lee was an inspiration, Steve Harris replied: “Not very much really because I was more influenced by more British players like John Entwistle of the Who, Andy Fraser of Free, Martin Turner of Wishbone Ash, Rinus Gerritsen from Golden Earring and Pete Way from UFO, those people influenced me more than Geddy but Geddy is a fantastic player.”

“You know me and Andy Curran bassist of Coney Hatch actually played tennis with Geddy Lee and Alex Lifeson and it was really good. It was quite funny because me and Andy were suppose to play tennis against Geddy and Alex. But Geddy wanted to play with me against Andy and Alex know one was really there to watch it. But I thought it was quite funny if people saw us play tennis together.”

The Aerosmith albums that drummer Joey Kramer listed as his favorites
Jethro Tull’s Ian Anderson calls The Who, Stones and Ramones ‘generic music’
Advertisement
To Top