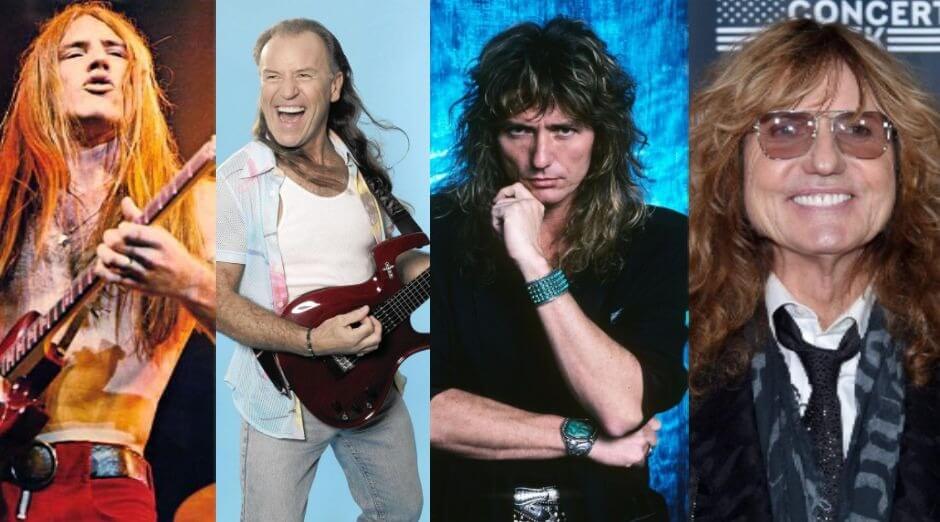 Many bell-bottom pants, long hair and beards/mustaches. The look of the hard rock bands of the 70s was marked predominantly by these characteristics. It was the beginning of this powerful rock and roll subgenre. And many of the singers who became famous at that time are still active today. But of course, their look has changed a lot.

How Hard Rock singers from the 70’s look like nowadays 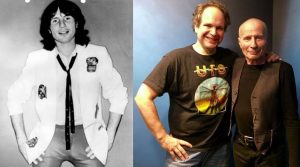 Phil Mogg was born April 15, 1948 in Wood Green, north London. He is the lead singer of the legendary English hard rock band UFO, which he formed in the late 1960s with longtime friends, Pete Way and Andy Parker.

They recruited guitarist Mick Bolton Mogg, who was later replaced by the excellent Michael Schenker. Mogg wrote most of the band’s lyrics and is the only UFO member to appear on all of the band’s albums. The band is currently on their farewell tour. 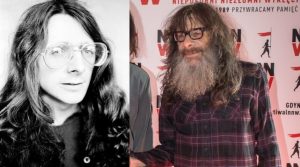 Burke Shelley was born in 10 April 1950 in Wales. He is the bassist and singer of Budgie. They are described by the author Garry Sharpe-Young as one of the first heavy metal bands and a seminal influence for many in this sub-style. Their are known for the hit “Breadfan”. Shelley is often compared to Rush bassist/vocalist Geddy Lee, as they both share the position of bassist/vocalist in power trio bands, both have distinctive high pitched singing voices, and during the mid to late 1970s they bore a striking resemblance to one other, with long straight hair and huge glasses. 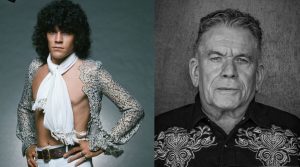 William “Dan” McCafferty was born in Dunfermline, Scotland in 14 October 1946. His artistic career began in 1965, when he started to accompany his friends Pete Agnew and Darrel Sweet in the presentations of the local band “The Shadettes” in small Scottish clubs. Pete and Dan, by the way, have been friends since the age of 5. When they studied together at the same school. Dan thus became the vocalist for “The Shadettes”. In 1968, with the arrival of guitarist Manny Charlton, the band was renamed “Nazareth“.

On August 29, 2013, Dan McCafferty announced his retirement from the stage due to the worsening of his Chronic Obstructive Pulmonary Disease (DOPC). Due to this problem. Nazareth continues to tour with another singer.

Despite the illness, Dan managed to record a new solo album, with new compositions and lyrics of his own. The title of the album was “Last Testament”. 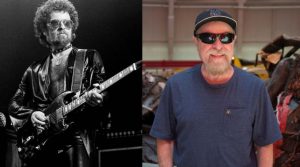 Eric Bloom was born December 1, 1944 and is Blue Öyster Cult‘s lead vocalist. He also plays guitar, keyboard and synthesizer. Much of his lyrical content relates to his lifelong interest in science fiction. He continues to tour with the band alongside his bandmate Buck Dharma. 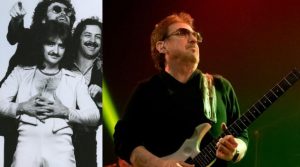 Eric Bloom’s bandmate in Blue Öyster Cult, Buck Dharma is also guitarist and singer of the group. He was born November 12, 1947. He wrote and sang vocals on several of the band’s best-known hits, including “(Don’t Fear) The Reaper,” “Godzilla” and “Burnin’ for You.” 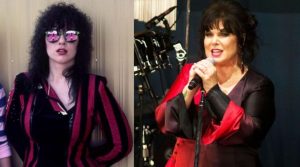 Ann Wilson was born in San Diego, June 19, 1950. She is known as Heart‘s singer. She created the band with her sister Nancy Wilson and they reunited again in 2020. The band’s hits includes “Barracuda“, “Crazy On You” and more. 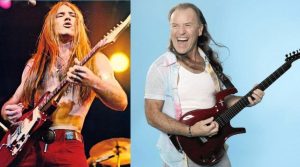 Grand Funk Railroad‘s singer and guitarist Mark Farner composed many of the band’s hits like “Bad Time” and “I’m Your Captain (Closer to Home)”. He continues to tour around the world with the same voice and still is an amazing guitar player. 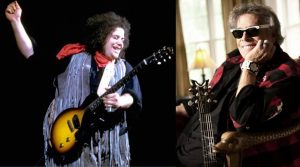 Leslie West was born in October 22, 1945 and is the founding member of Mountain. Band known for hits like “Mississipi Queen”, “For Yasgur’s Farm” and more. Back in 2011 he had to have his lower right leg amputated. The procedure was required to prevent a foot infection from spreading further into his body. 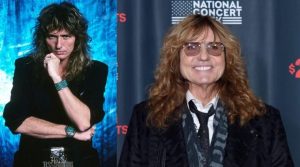 David Coverdale continues to tour with hard rock band Whitesnake and releasing new albums. However, the singer that was born in Saltburn-by-the-Sea, England, September 22, 1951, revealed that he may retire soon. In 2020 he had to cancel the band tour so that he could fully recover from a surgery to repair a bilateral inguinal hernia. 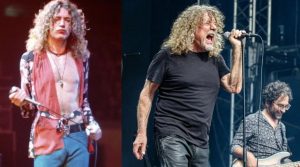 Robert Plant continues with his solo career and refusing to reunite again with Led Zeppelin. He oftens says he doesn’t want to become a jukebox singer, only playing his old hits. Even in his solo concerts he doesn’t sing many classics songs and when he performs them, the arrangement is different. He was born in West Bromwich, august 20 1948. 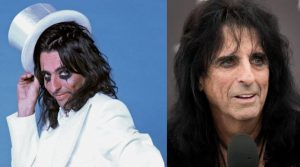 Alice Cooper continues with his successful career releasing new albums and touring around the world. His look didn’t changed over the years. The make up of the concerts is the same, however more horror was added to the shows. 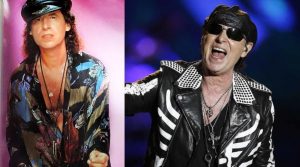 Klaus Meine was born in Hanover, Germany  25 May 1948. He is a singer-songwriter and vocalist of Scorpions. He still touring around the world with the band. Klaus Meine was a vocalist and guitarist for two bands, the first was called The Mushrooms and the second was Copernicus, this in the early 60s, before joining the band Scorpions. 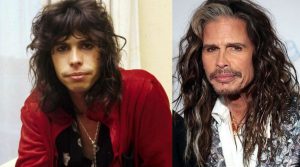 Aerosmith‘s Steven Tyler was born in Yonkers, March 26, 1948. He is known as “Demon of Screamin” for his powerful voice. Also for his acrobatics on stage, during his energetic performances, in which he dresses in bright and colorful clothes and uses his traditional microphone adorned with scarves also colorful. He still singing with the band and they are in their farewell tour. 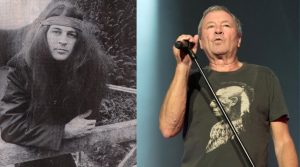 Deep Purple‘s vocalist Ian Gillan was born in Chiswick, August 19, 1945. Initially influenced by Elvis Presley, he founded and led several local groups in the mid-1960s, and eventually met with Episode Six, when the original vocalist left them.

He achieved commercial recognition for the first time after joining Deep Purple in 1969. In July 1973, the hard rock singer resigned from the band, having communicated in advance to the managers. After a brief distant period of music, he resumed his career with the projects Ian Gillan Band and Gillan, before joining Black Sabbath in 1983. The following year, Deep Purple had reunited their second line-up and released two more albums as well. – successful, before the singer left him in 1989. He returned to the group in 1992 and has remained in it ever since.