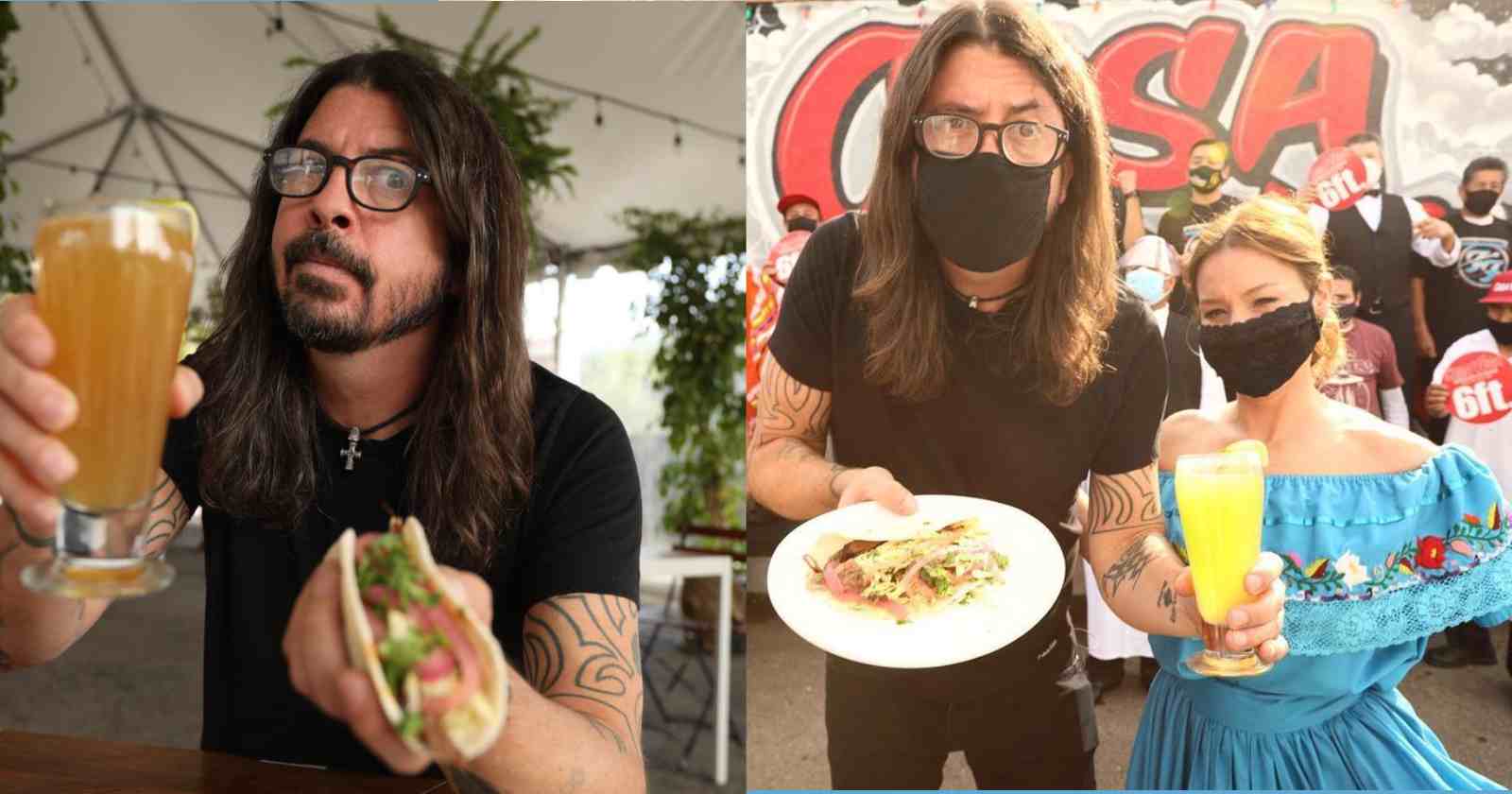 Nirvana drummer and Foo Fighters leader Dave Grohl recalled in an interview with Howard Stern that after being dumped in the 7th grade he got got inspired to become a Rock Star. Howard Stern said introduced the story saying: “So when you were a kid there was some girl in your school and you were not like a popular guy in school. And when you started telling this story in the book I was I was like ‘This is what fucking lights my fire’. Because this is what I think inspires most Rock and Roll artists. So, Sandy is hot, you don’t stand a chance with her and you have the balls to go over to Sandy and ask her out and Sany goes ‘Yeah, I’ll be your girlfriend’. And for one glorious week this girl Sandy is your girlfriend.”

Dave Grohl explained how the girl was his first love and why getting dumped motivated him to become a Rock Star:

“She was my first love. This was the first time my heart ever felt that feeling where you see this beautiful and you want her to love you and you want her to be yours. So when she accepted my offer to be the future Mrs. Grohl I was overjoyed. I mean, this was the greatest thing that had ever happened to me. Now I’d been only been playing guitar for maybe like two years or three years. So I barely even knew how to do that. But I had posters on my walls, like Led Zeppelin posters, Kiss posters. To me that was like ‘Valhalla’, these guys, there are more than human, they are like gods, and I wanna be one of them.”

“So when she told that she didn’t want to be the future Mrs. Grohl I was so heartbroken that I turned to the guitar so this was the beginning of that connection with my heart and music. Now, I’ve been listening to other peoples songs about heartbreak. I’ve been listening to other peoples music that suits their pain but now I’m heartbroken. I’m like 13 years old, I was such a skinny fucking nerd, it was just ‘No way I was ever going to be one these people on the poster or anything like that’.”

“But in my mind I was like ‘This is it’. So I was so heartbroken that I sort of realized ‘Ok, the only way I’m gonna get out of this is to pick up that guitar and become a fucking rock star and write songs’. So now I have have a way to deal with it, now I’ve got a guitar, now I can write songs. I turned my pain and the heartbrek in that direction. But I did have this dream, I had a dream that night where I was on stage in an arena playing a lead at the lip of the stage and the audience is going fucking nuts and I was like ‘You’re all fucking amazing!’ And I looked down and she is in the front row crying, like consumed with regret that she made the horrible mistake”.

“Here is the fucked up thing, like then 25 years later or something we’re playing this hometown gig and it was a sold-out show, high school reunion. Everybody I know was coming to the show, it was our first sold-out show in DC Arena, like a homecoming. I show up, my friend Richie says he is bringing Sandy. Sandy comes, that night I’m on stage doing a solo at the lip of the stage audience going ‘You’re fucking amazing!’ and I looked down and Sandy is right there just like she was in my dream when I was 13 years-old, except she was not looking at me crying in regret. She was looking at me laughing saying ‘You’re such a fucking asshole’ (Dave shows the middle finger).

Then Howard Stern asks: She gave you the finger?

“I had told her this story before so she knew it. As I was sitting there playing she was looking at me like ‘Don’t, don’t even do it, don’t even try, like fuck you’. Then we’ve remained friends over the years,” Dave Grohl