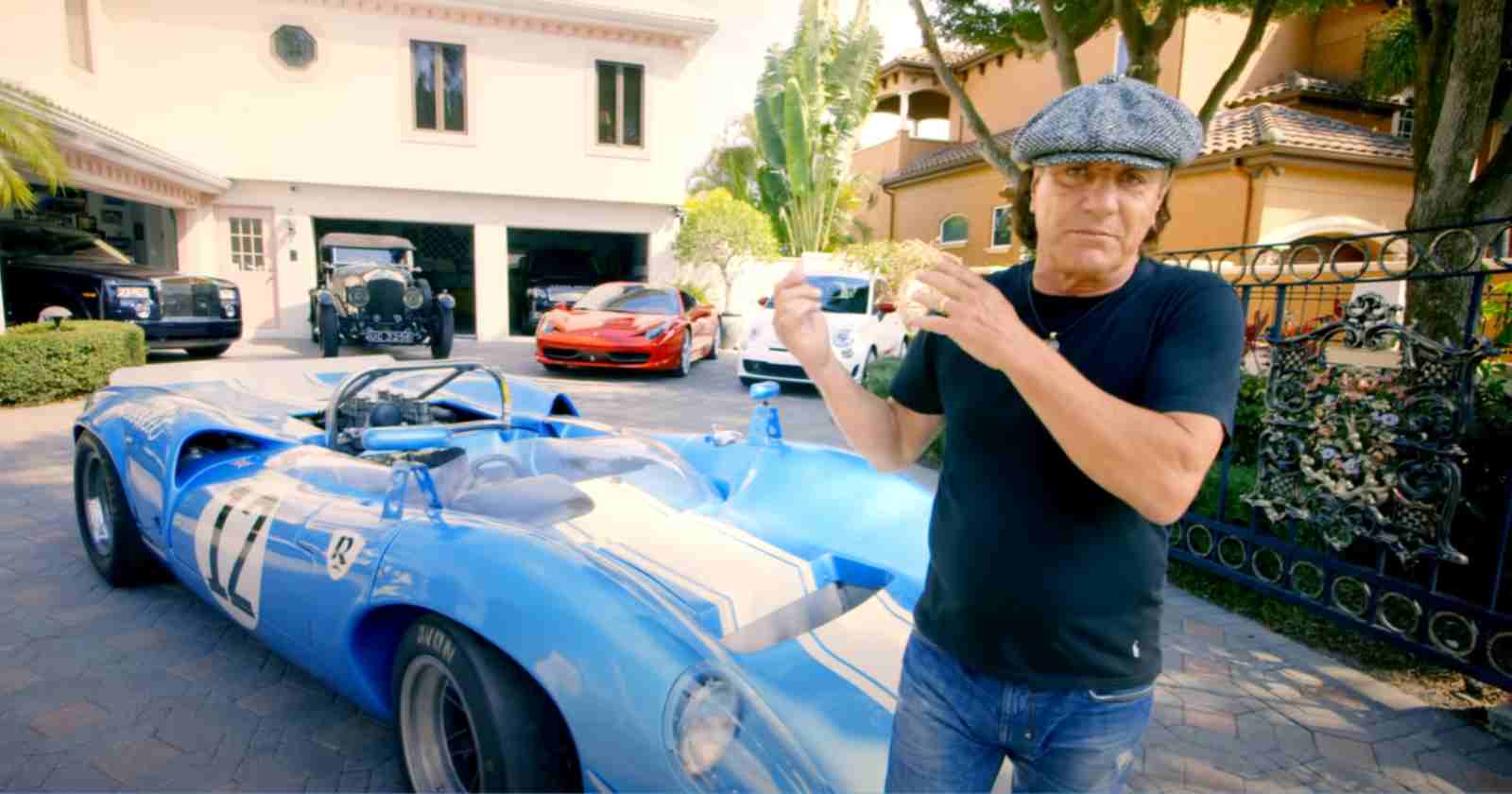 Muisc is not the only thing that the legendary AC/DC vocalist Brian Johnson loves, he is also crazy about cars. The British singer has a huge car collection and even became a car racer. Over the years Johnson talked about his passion for automobiles and revealed which was the first car that he ever had.

In an interview with Absolute Radio back in 2010, Brian Johnson said that he thinks his passion for cars begun just because in the city he grew up there weren’t many cars back in the early 50s. So anytime he would hear or see one he would be impressed and his imagination would fly away. Johnson said (Transcribed by Rock and Roll Garage): “Well, it was through the lack of them, there wasn’t any, basically.”

“Back in 1952, in Dunston, there weren’t hardly any. Just to hear them, the engine running and seeing these driving somewhere. ‘I wonder where they are going, I wonder what thing they’ve got to do in a car’. I just had my bike (or) we just walked everywhere, and the bus, of course. It was just something magical about that. When you watched the movies and you would see the cars, it was just absolutely wonderful. I love the smell of them as well. I know that sounds terribly German, with the leather thing (laughs).”

In the same interview he said that he doesn’t like modified cars, he just like them the original way they were designed.

Which was the first car that Brian Johnson ever had

The first car that someone who loves cars has always become one of the most special moments in their lives. It wasn’t different with Brian Johnson as he recalled in a conversation with AXS TV back in 2020. His father gave him his first automobile when he was only 17. “The first car I bought was the car my father bought for me, for my 17th birthday with God bless his cotton sock. It was a Ford Popular Sit Up and Beg. Also had a side valve engine, it couldn’t pull your cap off. It had three foward gears and one reverse. And it was beige on the outside and it had a salmon pink interior. It was probably the lousiest motor car.”

“I mean, at 30 miles an hour it sounded like a dog with it’s tongue hanging out. I mean, this fucking thing didn’t move at all. But it was freedom. You know, I didn’t have to wait for a bus anymore. This was fantastic! This was freedom. Even though kids on bycicles raced past it going down the street. But you know, it was my first car,” Brian Johnson said.

One of the most successful vocalists of all time, Brian Johnson first achieved fame as the singer of Geordie in the 70s, But it was in 1980, when he joined AC/DC to replace the late singer Bon Scott that his career really took off, helping the band to create albums that made them one of the best-selling groups of all time. He was inducted into the Rock and Roll Hall Of Fame back in 2003 as a member of AC/DC