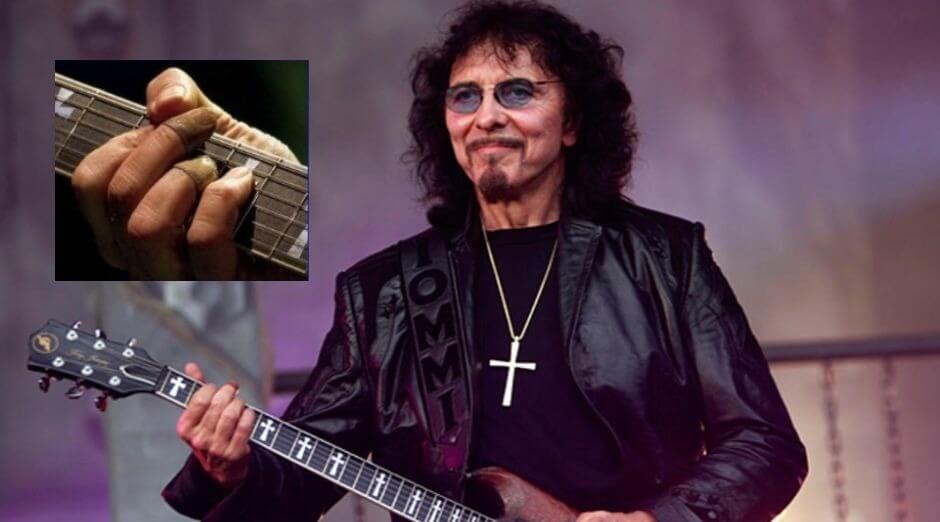 Tony Iommi is the co-founder and guitarist of Black Sabbath, the band that created Heavy Metal and is considered the best band of the genre. But, maybe that sound would not be created if Iommi hadn’t lost part of his fingers. He recalled the accident during a talk with the Musician’s Institute back in 2017.

“I’d be on a line and they’d pass stuff down to me and I’d weld it, and then it’d go on to somewhere else,” Iommi sets up the scene. “One day, the person that would be sending me the thing to weld never turned up, so they put me on this giant, huge press — a guillotine-type press. I don’t know what happened, I must have pushed my hand in. Bang! It came down. It just took the ends off [my fingers]. I actually pulled them off. As I pulled my hang back, it sort of pulled them off. It was left with two stalks, the bone was sticking out the top of the finger.”

“I went to the hospital and they cut the bones off and then they said, ‘You might as well forget playing.’ God, I was just so upset. I wouldn’t accept that there wasn’t some way around it, that I couldn’t be able to play.”

“It was a gift from his former manager at the factory that changed things for him. The manager brought him a Django Reinhardt EP, noting that the famed jazz guitarist became a legend on the instrument, despite only having the use of two of his fingers.”

“This inspiration made him craft his own prosthetic fingertips by melting down a soap bottle and gluing various types of cloth to the plastic tips. He finally was able to do it properly when he used leather. “It worked, but then I had to persevere for a long, long time to get used to working with them… and it was painful,” he said.

Watch the guitarist talking about the accident on Black Sabbath’s 1999 reunion: