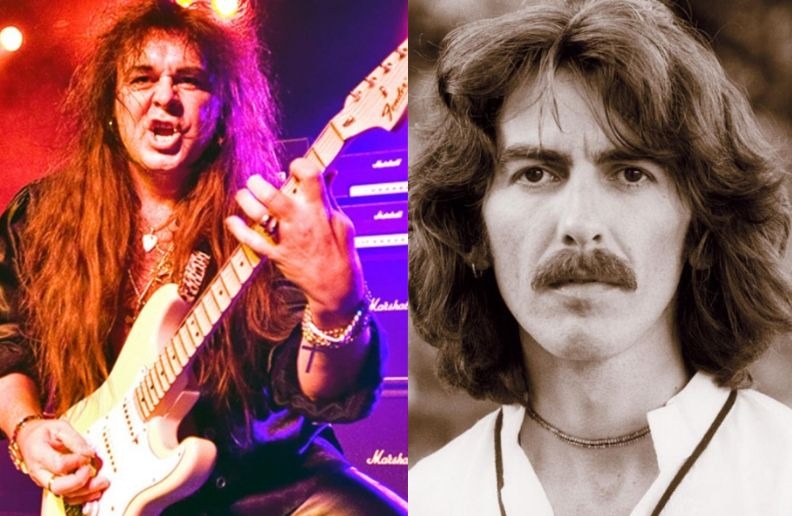 Guitarist Yngwie Malmsteen made a cover of the Beatles classic “While My Guitar Gently Weeps”, available on digital platforms this Friday, March 1st.

The version is part of the next album of Malmsteen, titled Blue Lightning, that will be released world-wide on March 29.

The album, a tribute to the world of blues and big names in rock, will have in the repertoire other versions, such as Deep Purple, Jimi Hendrix, Rolling Stones and Eric Clapton, as well as tracks.

Use the player below and listen to the cover of “While My Guitar Gently Weeps” by the Beatles, recorded by Yngwie Malmsteen.

“While My Guitar Gently Weeps” is a song by the English rock band the Beatles from their 1968 double album The Beatles (also known as “the White Album”). It was written by George Harrison, the band’s lead guitarist.

The song serves as a comment on the disharmony within the Beatles following their return from studying Transcendental Meditation in India in early 1968. This lack of camaraderie was reflected in the band’s initial apathy towards the composition, which Harrison countered by inviting his friend and occasional collaborator, Eric Clapton, to contribute to the recording. Clapton overdubbed a lead guitar part, although he was not formally credited for his contribution.