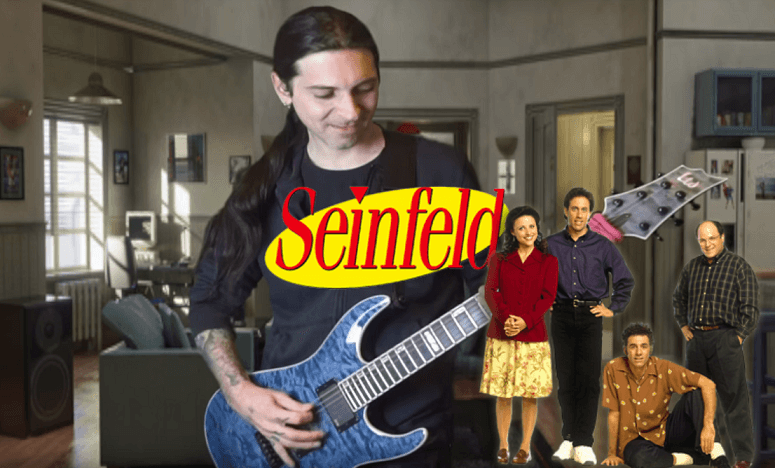 The Youtube channel 331Erock is known for transforming themes and songs from different genres into Heavy Metal. And now, it was the time for the 90’s sitcom Seinfeld theme to be played heavier.

Created by the comedians Larry David and Jerry Seinfeld, the American sitcom Seinfeld was responsible for a revolution in the comic tv shows. As Seinfeld said, it was a show “about nothing”, and made the ordinary life and problems from the characters become a funny thing.

The show stayed on air for nine seasons, between 1989 to 1998, and showed Jerry Seinfeld playing himself almost all the time in an apartment building in New York, along with his friends Kramer, George and Elaine. 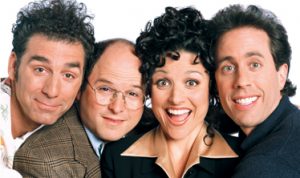 The show was televised by NBC and produced by Castle Rock Entertainment and it has been distributed by Sony Pictures Television since 2002. The show is considered to be one of the greatest and most influential sitcoms ever. Publications like Entertainment Weekly, Rolling Stone, and TV Guide, ranked the show as one of the bests. The most remembered episodes includes “The Chinese Restaurant”, “The Parking Garage”, and “The Contest” and the “The Soup Nazi”.

Seinfeld stood out among the many family and friends sitcoms of his day. None of the main characters were relatives, but remained close friends during all seasons. Episodes from many sitcoms, such as Family Ties and Full House, focused on a single theme or restricted comedic situations, while most of Seinfeld’s episodes focused on everyday incidents such as standing in a movie queue, going out to dinner, and basically deal with the bitter injustices of life.

The point of view presented in the series is considerably consistent with the philosophy of nihilism, the idea that life has no meaning.

Slash bought two mansions, and one is for his ex-wife
Black Sabbath releases rare video of a 1970 show in Germany
Advertisement
To Top