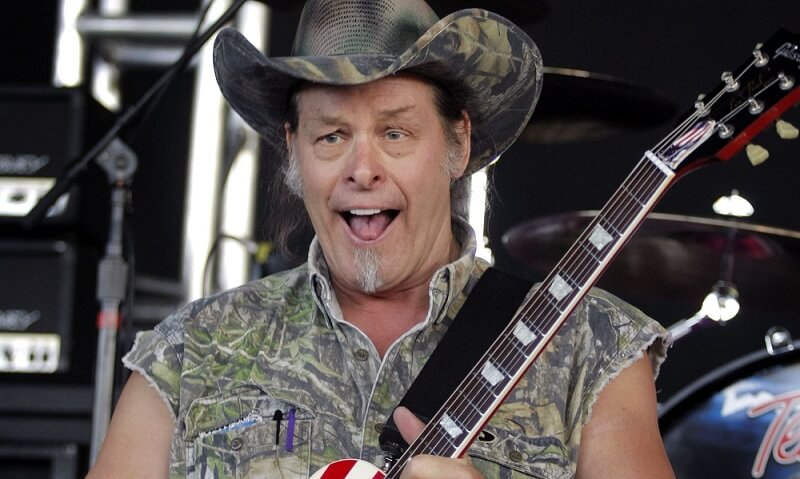 Guitarist Ted Nugent released a new song entitled “The Music Made Me Do It” on Friday (5). The track will be part of Nugent’s upcoming album, the same song title, yet to be released.

“The Music Made Me Do It,” the album will be Ted Nugent’s first since “Shutup & Jam”, released in 2014. In addition to Nugent, the album featured bassist Greg Smith and drummer Jason Hartless.

Lead singer / guitarist Derek St. Holmes and drummer “Wild” Mick Brown have not made appearances in “The Music Made Me Do It” because of commitments in other projects – Brown, for example, is busy with Dokken.

The singer and guitarist

Theodore Anthony Nugent (/ˈnuːdʒɪnt/; born December 13, 1948) is an American singer-songwriter, guitarist and right wing activist. Nugent initially gained fame as the lead guitarist of the Amboy Dukes, a band formed in 1963 that played psychedelic rock and hard rock. After playing with the Amboy Dukes, he embarked on a solo career.

Nugent is also noted for and has attracted controversy for his conservative political views, particularly his advocacy of hunting and gun ownership rights. He is a board member of the National Rifle Association and a strong supporter of the Republican Party, and has made a number of controversial and threatening statements against advocates of gun control, in one case having the Secret Service investigate him based on comments about President Barack Obama. Nugent is also known for his stance against drug and alcohol abuse.