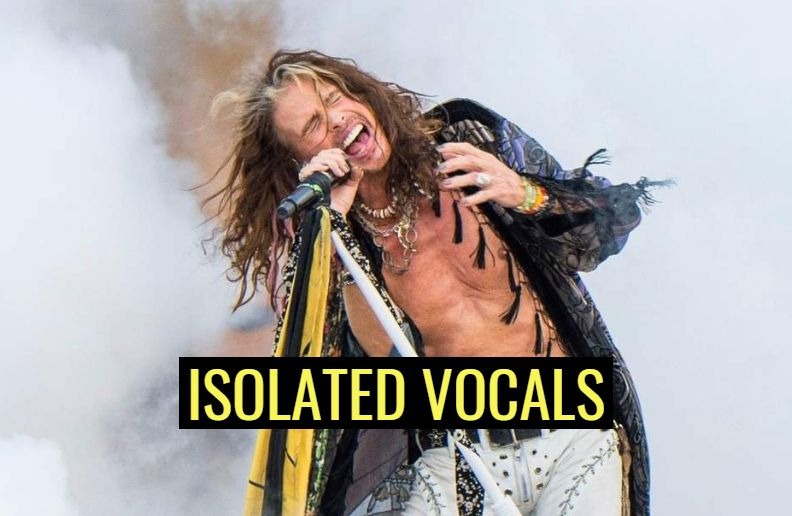 Steven Tyler is definitely one of the biggest frontmans of all time. And of course, you already heard him a zillion times, but not like now. Hear in the player below his amazing isolated vocals on Aerosmith’s “Crazy”.

“Crazy” is a power ballad performed by American hard rock band Aerosmith and written by Steven Tyler, Joe Perry, and Desmond Child. It was the final single from their massively successful 1993 album Get a Grip. It was released as a single in 1994 and peaked at #17 on the Billboard Hot 100, #7 on the Mainstream Rock Tracks chart, and #3 in Canada. In the United Kingdom, it was released as a double-A side with “Blind Man”, which reached #23.

The video for the song was directed by Marty Callner and received heavy rotation on MTV. It was one of the most requested videos of 1994. It featured the third appearance of Alicia Silverstone in the band’s videos, and was the career debut of Steven’s then-teenaged daughter Liv Tyler. The decision to cast Liv in the video for “Crazy” was based on the video’s creators having seen her in a Pantene commercial. Callner didn’t know Liv Tyler is Steven Tyler’s daughter so he asked for permission.