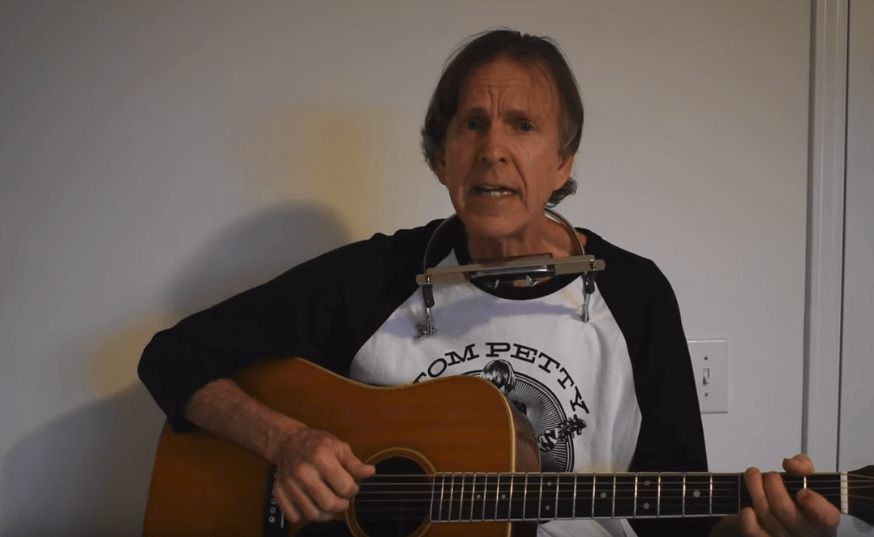 Tom Leadon is one of Tom Petty’s earliest musical associates and he composed the song “My Best Old Friend” as a tribute to him.

The video was posted on YouTube and in Tom Petty’s official Twitter account with the following message: “We wanted to share this touching composition from Tom Leadon, Tom’s longtime close friend and bandmate with Mudcrutch and the Epics.”

Wearing a Petty t-shirt, Leadon said: “we didn’t even get the chance to say goodbye,” wishing that they could hang out one more time and that Petty will “live on inside [his] heart.”

Petty and Leadon, the younger brother of founding Eagles guitarist Bernie Leadon, first started playing together in the late ’60s in the Epics, a Gainesville, Fla., band that changed their name to Mudcrutch in 1970, with Petty on bass and Leadon on guitar.

Some years later Leadon and lead singer Jim Lenehan left the band, which moved Petty into the frontman spot, and the band, which also consisted of lead guitarist Mike Campbell and drummer Randall Marsh, eventually picked up keyboardist Benmont Tench. They signed with Shelter Records in 1974 and moved to Los Angeles.

After the failure of their 1975 debut single, “Depot Street,” the label was unhappy and dropped the band but kept Petty. He regrouped with Campbell and Tench, bringing in a new rhythm section of Ron Blair (bass) and Stan Lynch (drums), and the Heartbreakers were formed.

In 2007, Petty brought back Leadon and Marsh with Campbell and Tench under the Mudcrutch name. Their self-titled debut album was released a year later, and they came back together again in 2016 for 2 and a month-long club tour of the U.S.