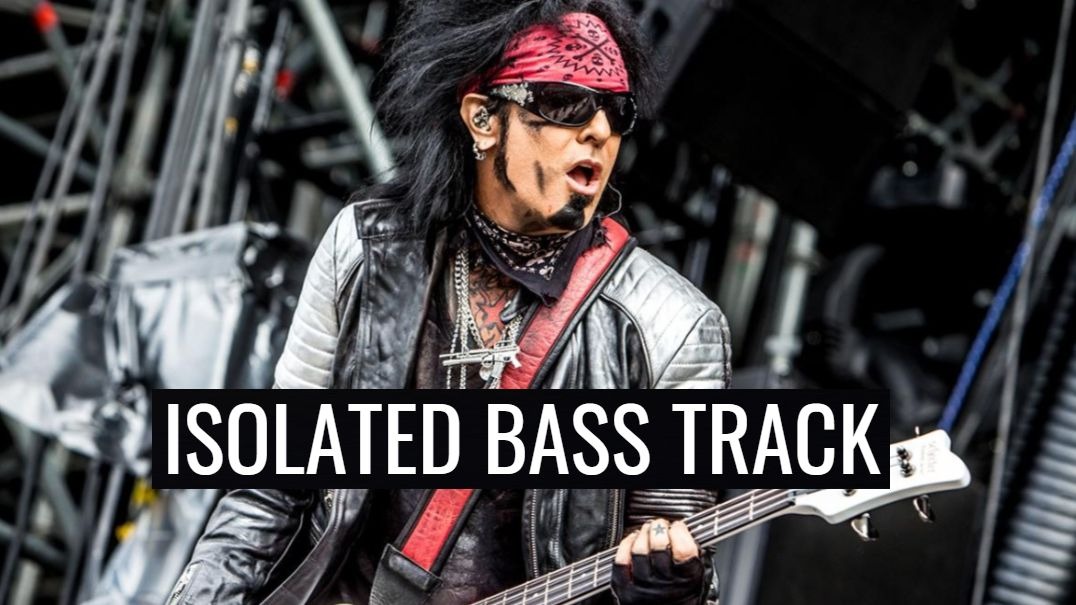 One of the biggest heavy metal bands from the 80s, Mötley Crue mixed glam rock with metal and had many hits that until this day are rock anthems. One of them is “Kickstart My Heart”, that you can hear now in a different perspective. Check it out the amazing Nikki Sixx isolated bass track.

In a 2015 interview, Mötley Crüe bassist Nikki Sixx related the origins of “Kickstart My Heart,” which he wrote while the band was already working on Dr. Feelgood. Sixx was playing acoustic guitar in his house while scribbling words on a piece of paper. When the group’s former manager read the words, he encouraged Sixx to share it with the rest of the band.

Sixx was reluctant, but eventually did show the band and the track came together quickly. The phrase “kickstart my heart” supposedly refers to Sixx’s overdose incident where a paramedic injected his heart with adrenaline; Guns N’ Roses drummer Steven Adler disputes the accuracy of the story, saying he revived Sixx before the paramedics arrived.

Released as the album’s second single in 1989, “Kickstart My Heart” reached #27 on the Billboard Hot 100 chart in the United States in early 1990. The introduction is a classic example of a Floyd Rose bridge trick, in which Mick Mars drops three consecutive strings resulting in sound similar to a motorcycle shifting gears, borrowed from the similar-sounding intro to Montrose’s “Bad Motor Scooter”. Other elements of the song are “borrowed” from “Hell Raiser” by The Sweet. The song’s ending features a prominent example of talkbox effects.