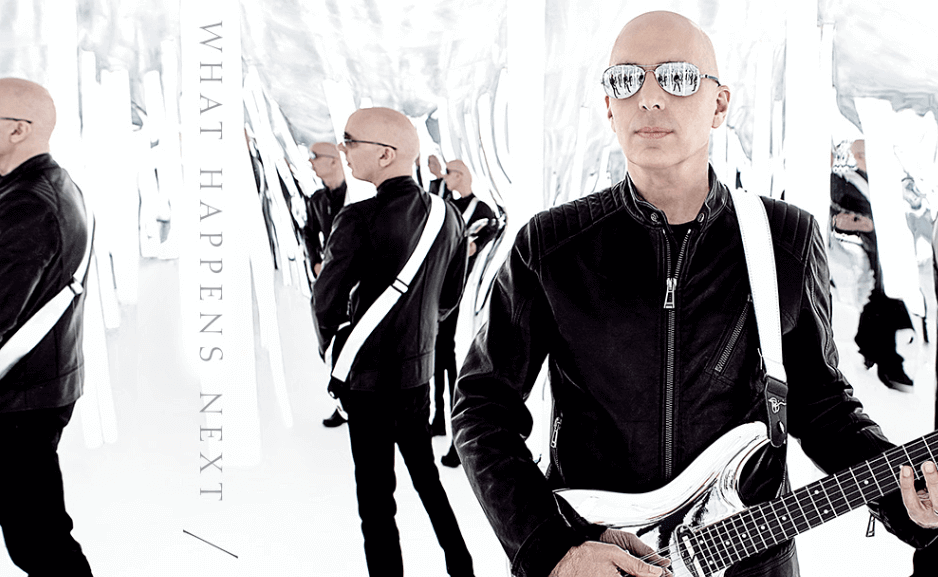 Guitarist Joe Satriani just released the song “What Happens Next” from his new album of the same name.

The band on this album features two special appearances: Glenn Hughes (Deep Purple, Black Country Communion) on bass and Chad Smith (Red Hot Chili Peppers) on drums. What Happens Next was produced by Mike Fraser who has been working with Satriani for more than twenty years and will be released on January 12 by Sony / Legacy Recordings.

Satriani was born in Westbury, New York,  the descendant of Italian immigrants. His paternal grandparents were from Piacenza and Bobbio, while his maternal grandparents were from Bari. He was inspired to play guitar at age 14, after hearing of the death of Jimi Hendrix. He has been said to have heard the news during football practice, where he then announced to his coach that he was quitting to become a guitarist.