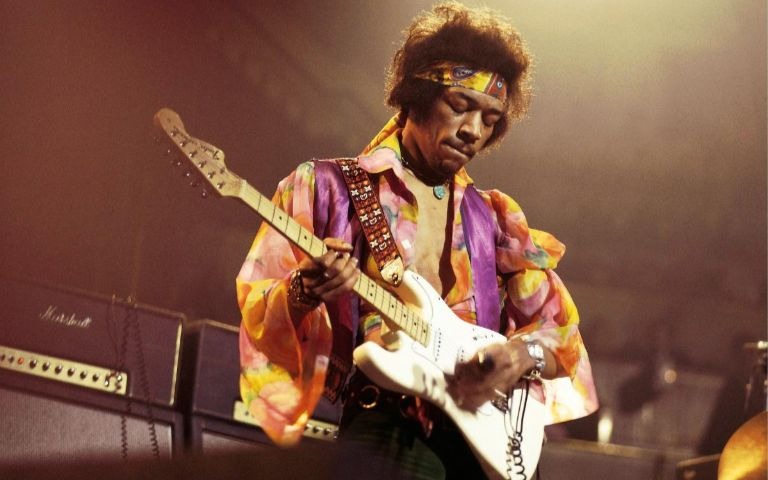 Jimi Hendrix was definitely not from this world, the guitarist helped to define an important chapter of rock music and still is one of the biggest legends of music. You’ve probably heard his songs a million times, but now, you will be able to hear his isolated guitar on the classic “The Wind Cries Mary” from 1967.

Hear the isolated guitar below:

According to his then girlfriend, Kathy Etchingham’s, account, he wrote the lyrics after an argument with her, using “Mary” (Etchingham’s middle name). In a later interview, Hendrix commented that the lyrics represent “more than one person”.

Billy Cox, Hendrix’s long-time friend and later bassist, has noted Curtis Mayfield’s influence on the song. Hendrix performed elements or an early version in the summer of 1966 with his band Jimmy James and the Blue Flames in New York City.

The Experience recorded it at De Lane Lea Studios in London on January 11, 1967, during sessions for their follow-up single to “Hey Joe”. Hendrix producer Chas Chandler commented on the recording:

That was recorded at the tail end of the session for “Fire”. We had about twenty minutes or so left. I suggested we cut a demo of “The Wind Cries Mary”. Mitch Mitchell [drummer] and Noel Redding [bassist] hadn’t heard it, so they were going about it without a rehearsal.

They played it once through [and Hendrix then suggested overdubs]. In all he put on four or five more overdubs, but the whole things was done in twenty minutes. That was our third single.

The single, backed by “Highway Chile”, was released in the UK in May 1967 and reached number six on the UK Singles Chart. In the United States, the song was first released as the B-side of the “Purple Haze” single in June 1967. It was later included on the American Are You Experienced album, released in August 1967.