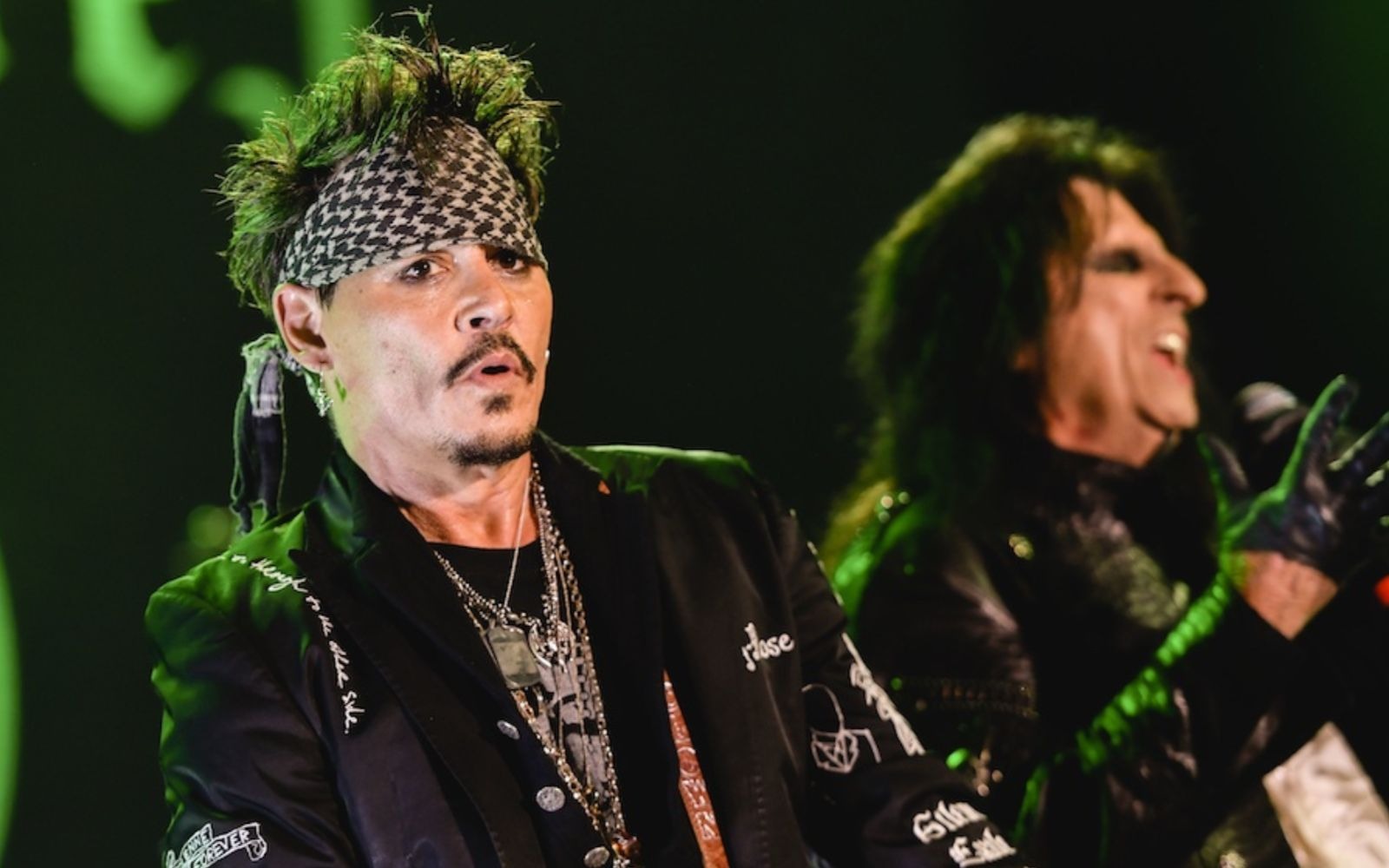 The second album from Hollywood Vampires, Rise, is now available. With Joe Perry, Alice Cooper and Johnny Depp, the band bet on an album with more original songs. The first self-titled album consisted basically of covers.

However, the album features three covers. An intimate and intense version of David Bowie’s “Heroes,” sung by Johnny Depp; a version of Jim Carroll Band’s “People Who Died,” and “You Can’t Put Your Arms Around a Memory” by Johnny Thunder.

Hear the complete album below:

Originally named after a drinking club consisting of mainly Cooper, Micky Dolenz, Elton John, John Lennon, with other rotating members such as Keith Moon and Harry Nilsson. The main mission of the original Hollywood Vampires was to drink until no one could basically stand up.

This took place during what was the height of Cooper’s drinking in the 1970s. Cooper talks more in depth about the Rainbow Bar incarnation of the Vampires in the 1991 video biography Prime Cuts.