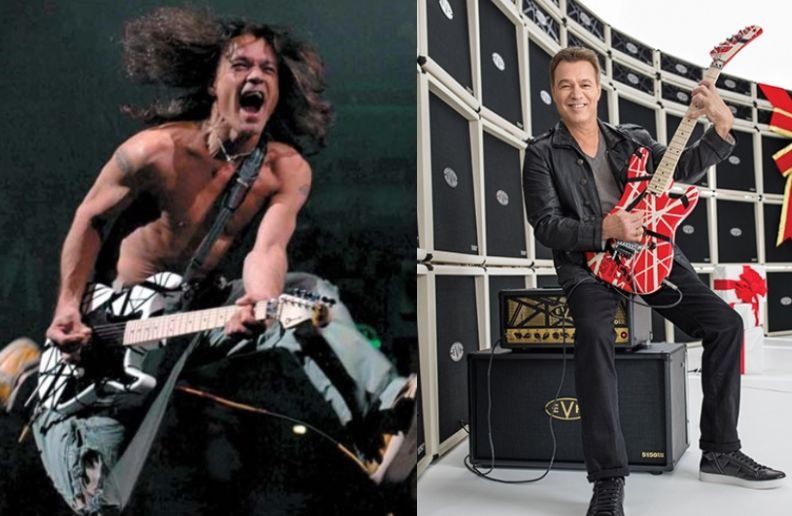 There is no doubt that Eddie Van Halen is a guitar god, the guy reinvented guitar playing in the 70s/80s with a unique style and sound. If you heard Van Halen and was blown away, prepare yourself to hear the classic track “Dance The Night Away” in a different way now: only Eddie’s amazing guitar track.

“Dance the Night Away” was Van Halen’s first top 20 U.S. hit, peaking at #15, and the second song from their 1979 album Van Halen II. While the rest of the songs from this album had existed in various forms since their days doing demos and playing clubs, this song was possibly the only song written during the recording sessions for the album.

The band members conceived the song during the recording sessions while they were standing in a circle humming to each other. It was inspired by Fleetwood Mac’s “Go Your Own Way”. Eddie Van Halen purposely left a guitar solo out of the final version of the song, replacing it instead with a riff of tap harmonics. David Lee Roth originally wanted to call the song “Dance, Lolita, Dance”, but Eddie Van Halen convinced him that “Dance the Night Away” was more suitable and the chorus was changed to reflect that.

The song was not performed live during the Sammy Hagar era, but did get played during the Van Halen III Tour in 1998. It has been played live on every tour since the 2007 reunion with Roth, and a live version is included on the album Tokyo Dome Live in Concert.