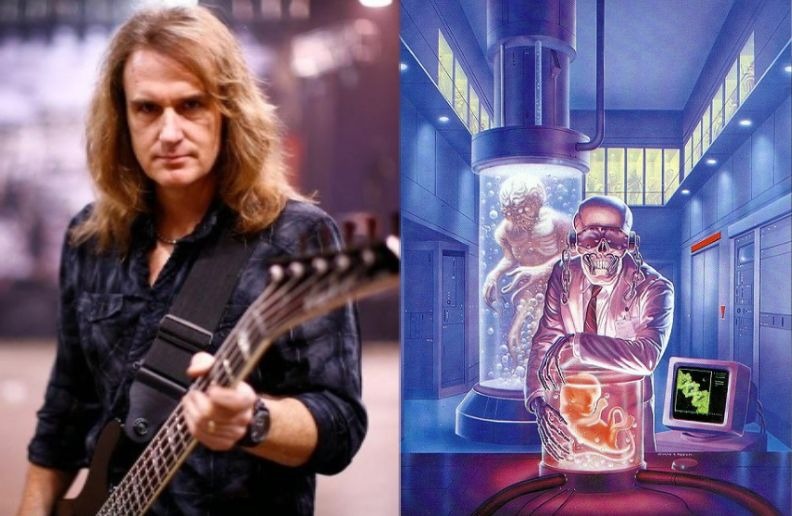 When people talk about Megadeth the first member that comes in their minds of course is Dave Mustaine, founder and leader, but the band has another vital part, that is the bassist David Ellefson, that was in the band’s main albums and is currently the bands bassist.

So we separated his isolated bass on the classic track “Hangar 18”.

“Hangar 18” is a song by Megadeth from the 1990 album Rust in Peace. UFO conspiracy theories, or possibly Hangar 18, the 1980 film based on those theories, inspired drummer Nick Menza to write the lyrics.[citation needed] Shortly thereafter, frontman Dave Mustaine composed the bulk of the music.

The intro is a rapidly strummed version of the D minor arpeggio that Mustaine wrote for the Metallica instrumental track “The Call of Ktulu”, which was the final Metallica song for which he was given writing credit. Hangar 18 is located at Wright-Patterson Air Force Base near Dayton, Ohio, and it is speculated that an alien aircraft was brought there from Roswell in 1947. The song reached number #25 on the Irish Singles Chart, also reached number #26 on the UK Singles Chart.

The song is also particular in that the bass uses a different tuning from the two lead guitars, the bass being in Drop D while the guitars are in standard tuning.