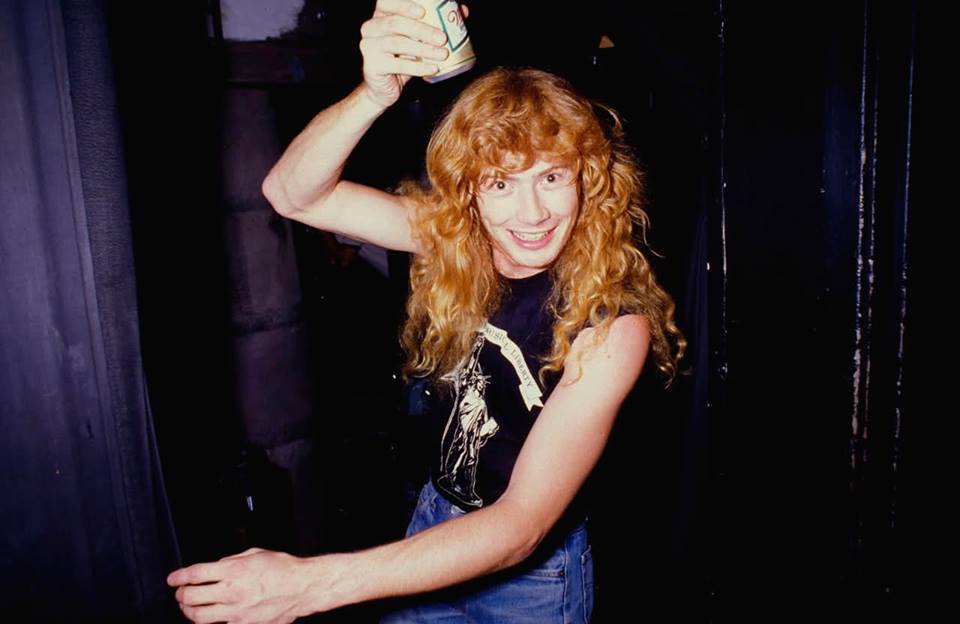 Megadeth’s “Peace Sells” is from their 1986 album “Peace Sells… but Who’s Buying?”, and it was written by Dave Mustaine. It has since been a constant at Megadeth concerts. According to Dave Ellefson it became quickly apparent when playing the song live prior to recording the album that “Peace Sells” would be a hit.

In 2006, VH1 ranked “Peace Sells” at number 11 on their list of the “40 Greatest Metal Songs” of all time.  The song is also known for the distinctive bass intro played by Ellefson.

And some of the most remarkable things in Megadeth is the unique Dave Mustaine voice, which you can hear below in his isolated vocal tracks in “Peace Sells”.

Peace Sells… but Who’s Buying? is the second studio album and major label debut by Megadeth, released on September 19, 1986 by Capitol Records. The project was originally handled by Combat Records, resulting in the first mix of the album being co-produced by Randy Burns.

Capitol Records then bought the rights to the album and hired another producer, Paul Lani, to mix it himself. The recording of the album was difficult for the band, because of the ongoing drug issues the members had at the time.

This was the last Megadeth album to feature drummer Gar Samuelson and guitarist Chris Poland, who were fired shortly after the album’s promotional tour for drug abuse. The title track, noted for its politically conscious lyrics, was released as the album’s lead single.