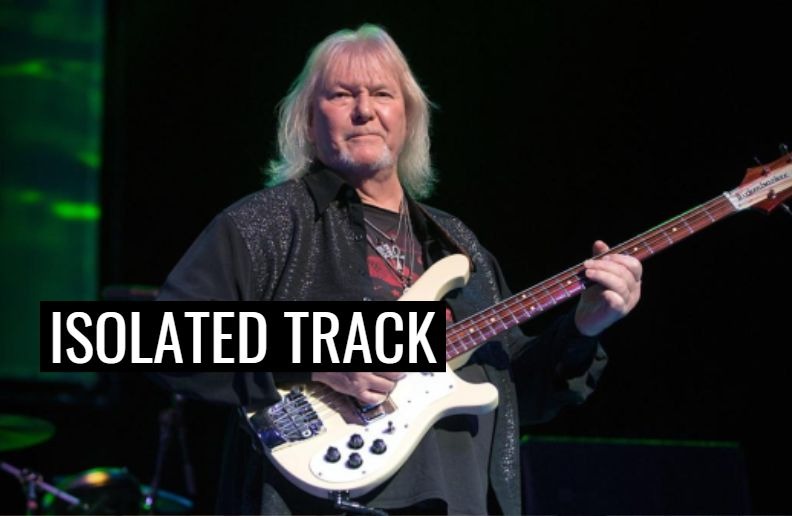 Chris Squire was one of the best bass players of all time, there is no doubt about that. You’ve probably heard the Yes classic “Roundabout” a million times, bu now, you will have the chance to hear Squire’s amazing isolated bass track.

“Roundabout” is a song by the English rock band Yes from their fourth studio album Fragile, released in November 1971. It was written by singer Jon Anderson and guitarist Steve Howe and produced by the band and Eddy Offord. The song originated when the band were on tour and travelled from Aberdeen to Glasgow, and went through many roundabouts on the way.

The song was released as an edited single in the US in January 1972 with “Long Distance Runaround”, another track from Fragile, as the B-side. It peaked at number 13 on the Billboard Hot 100 and number 10 on the Cash Box Top 100 singles charts. In 1973, Anderson and Howe won a BMI Award for writing the song.

The song originated in March 1971 when the band were on tour promoting The Yes Album (1971), travelling from Aberdeen to Glasgow after a gig in Aviemore, Scotland.

They encountered many roundabouts on the way; Anderson claimed “maybe 40 or so”, which inspired Anderson and Howe to write a song about the journey as they sat in the back of the band’s transit van, and include the roundabouts and the surrounding mountains into the lyrics. Anderson had smoked marijuana during the trip, “so everything was vivid and mystical”.

Anderson added: “It was a cloudy day, we couldn’t see the top of the mountains. We could only see the clouds because it was sheer straight up … I remember saying, “Oh, the mountains–look! They’re coming out of the sky!”, and began to write the song’s lyrics in his notebook in a free-form style with minimal edits. “I just loved how words sounded when I put them together”.

Within 24 hours, the band had arrived back home in London where Anderson reunited with his then wife Jennifer, which inspired the song’s lyric “Twenty-four before my love, you’ll see, I’ll be there with you”. A lake they passed as they neared Glasgow became the idea behind the line “In and around the lake”. Upon their arrival at their hotel in Glasgow, Anderson and Howe began to put down song ideas on their recorder.