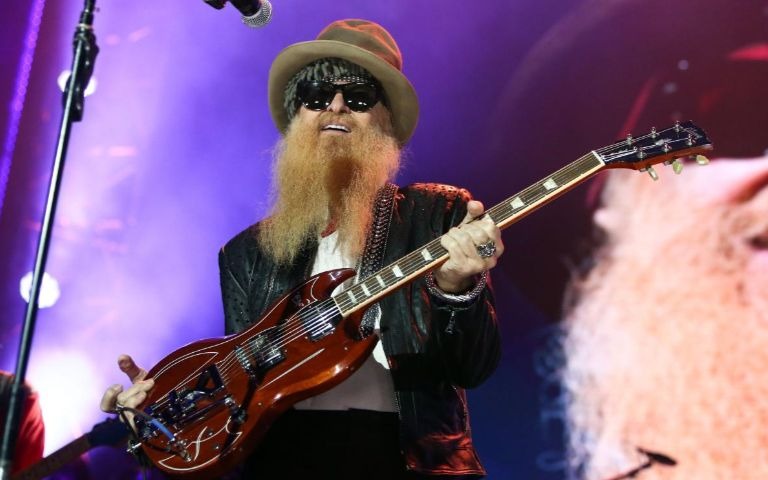 ZZ Top is definitely one of the most important blues rock bands of all time. And the band has also one of the greatest guitarrists the world has ever seen, Mr. Billy Gibbons! You probably heard the band a million times and their classic “Sharp Dressed Man”, but now, you gonna hear only Gibbons vocals and amazing guitar track.

“Sharp Dressed Man” is a song performed by ZZ Top from their 1983 album Eliminator. The song was produced by band manager Bill Ham, and recorded and mixed by Terry Manning. Pre-production recording engineer Linden Hudson was very involved in the early stages of this song’s production.

At 2007’s VH1 Rock Honors, Nickelback covered the song as a tribute (Billy Gibbons had earlier made a guest appearance on Nickelback’s own song “Rockstar” & “Follow You Home”). ZZ Top played this song at halftime of the 2008 Orange Bowl college football bowl game.

The video for “Sharp Dressed Man” continues the “male fantasy come to life” of the “Gimme All Your Lovin'” video released earlier in 1983. As in the previous video, an attractive man (dancer/model Peter Tramm) who is experiencing frustration in his menial job is assisted in gaining social stature and prowess by a triad of very attractive and somewhat mysterious women traveling in ZZ Top’s signature red car.

ZZ Top themselves play a role in the narrative, both by playing themselves as performing band members and as rather ethereal spirits who encourage and assist the young man by providing him with the car keys that enable him to go for a very long drive with the women.

The young man returns to the site of his previous frustration (his workplace, a nightclub) and empowered both by his new-found status and by both the women’s and ZZ Top’s encouragement, embarks on a new romantic adventure with another attractive young woman (actress Galyn Görg) who has previously abandoned her date.