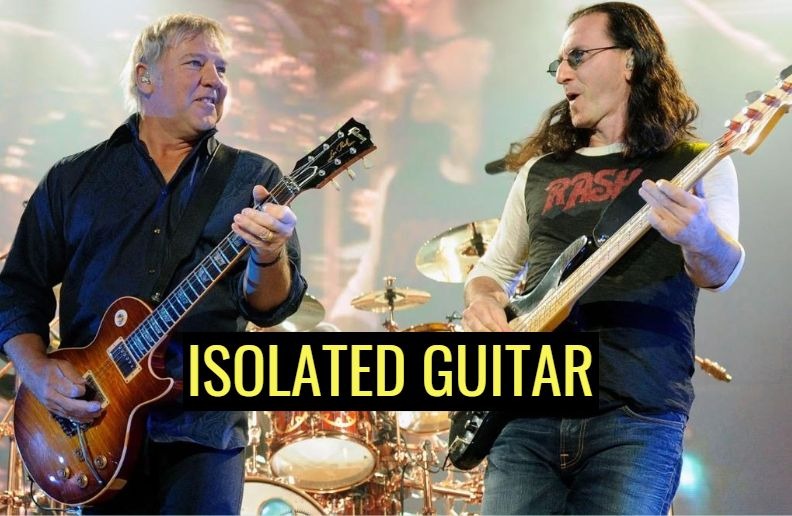 Rush is a complete band, with the amazing Neil Peart on drums, considered for many the greatest rock drummer ever, Geddy Lee on vocals and bass, also considered one of the best bass players of rock and roll, and Alex Lifeson is a little forgotten when it comes to compare him with other guitars players, but he is also an amazing musician and you can see that in the video below that you can hear his isolated guitar track on Rush’s classic tune “Tom Sawyer”.

“Tom Sawyer” was originally released on their 1981 album Moving Pictures as its opener. Lee has referred to the track as the band’s “defining piece of music … from the early ’80s”. It is one of Rush’s best-known songs and a staple of both classic rock radio and Rush’s live performances, having been played on every concert tour since its release. It peaked at No. 25 on the UK Singles chart in October 1981, No. 24 in Canada,  No. 44 on the US Billboard Hot 100, and  No. 8 on the Billboard Top Tracks chart. In 2009 it was named the 19th-greatest hard rock song of all time by VH1. “Tom Sawyer” was one of five Rush songs inducted into the Canadian Songwriters Hall of Fame on March 28, 2010.

The song was written by Lee, Peart, and guitarist Alex Lifeson in collaboration with lyricist Pye Dubois of the band Max Webster, who also co-wrote the Rush songs “Force Ten”, “Between Sun and Moon”, and “Test for Echo”. According to the US radio show In the Studio with Redbeard (which devoted an episode to the making of Moving Pictures), “Tom Sawyer” came about during a summer rehearsal vacation that Rush spent at Ronnie Hawkins’ farm outside Toronto.

Peart was presented with a poem by Dubois named “Louis the Lawyer” (often incorrectly cited as “Louis the Warrior”) that he modified and expanded. Lee and Lifeson then helped set the poem to music. The “growling” synthesizer sound heard in the song came from Lee experimenting with his Oberheim OB-X. For “Tom Sawyer”, Lee switched from his Rickenbacker 4001 to a Fender Jazz Bass he purchased from a pawn shop.