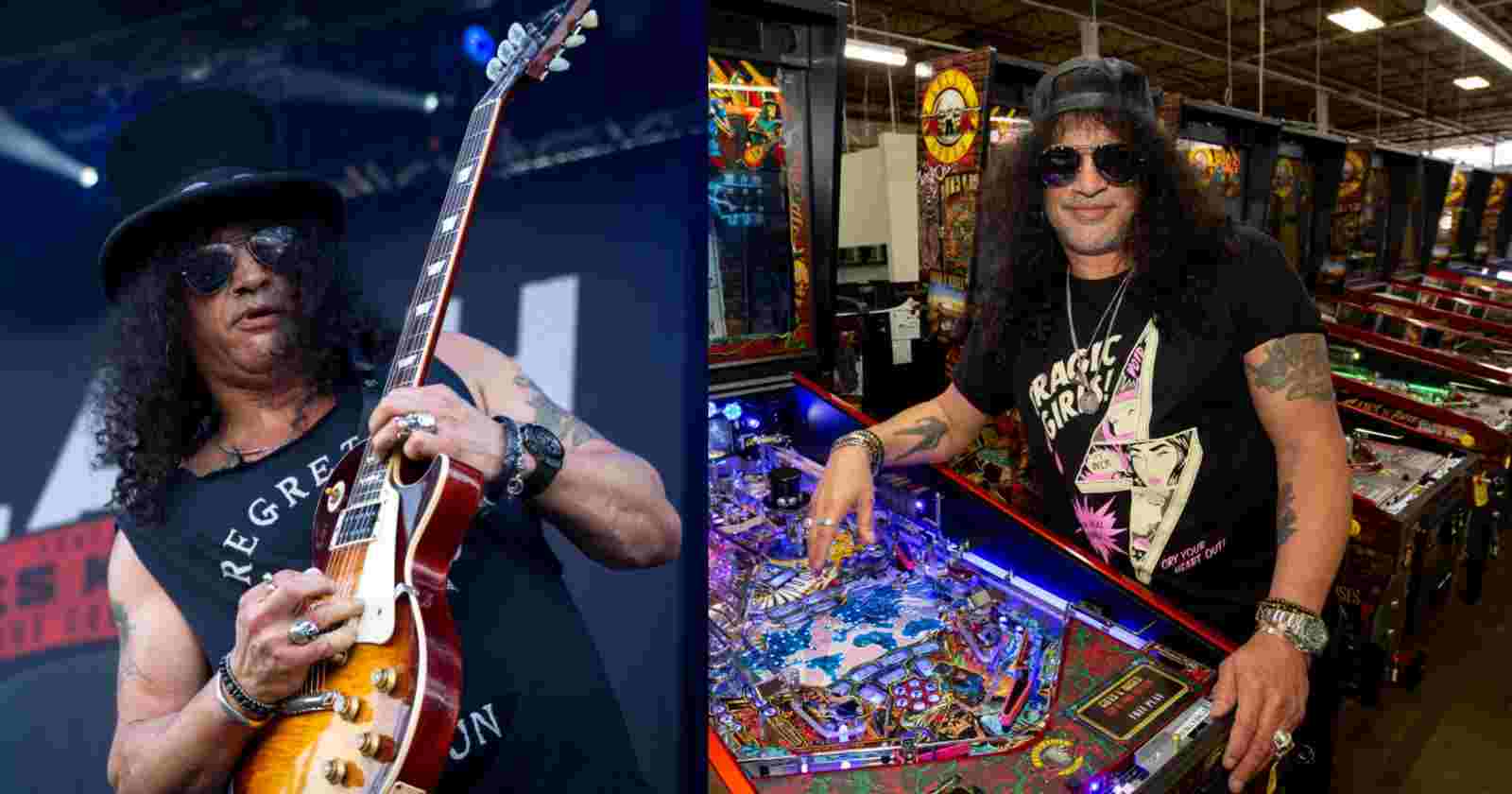 Guns N’ Roses guitarist Slash elected in an radio interview posted by Backstage Pass his guitar hero and rock god. The musician explained that while growing up he was influenced by many artists but one still is a major influence.

“There’s a handful of people that were a big influence on me coming up – I don’t know if there was just a single one. When I was a kid living in England, it was Pete Townshend, and then it was Keith Richards, and then, later on, it was Jimmy Page and Joe Perry.”

“It was right around the time I started playing guitar, so I’d say those four guys – and Jimi Hendrix – so those are five serious rock icons that had a massive impact on me. But you know what? I’ll go with Angus Young at this point because he’s somebody I’ve known for a really long time, and the first record I really heard from AC/DC was [1979’s] ‘Highway to Hell.'”

“I didn’t hear any of the stuff prior to that, but that had a big enough of an impact, and then after that, ‘Back in Black.’ And then I got to meet Angus and Brian [Johnson, vocals] and the rest of the guys when I was opening for AC/DC with Snakepit in 2001.”

“And they were just really great, they took me out on the road, took me under their wing; I just always loved their work ethic, always loved Angus’ guitar style… I mean, all things considered, the first time I saw AC/DC – I think it was on TV – I was just like, ‘Wow! Check this out!’, you know?”