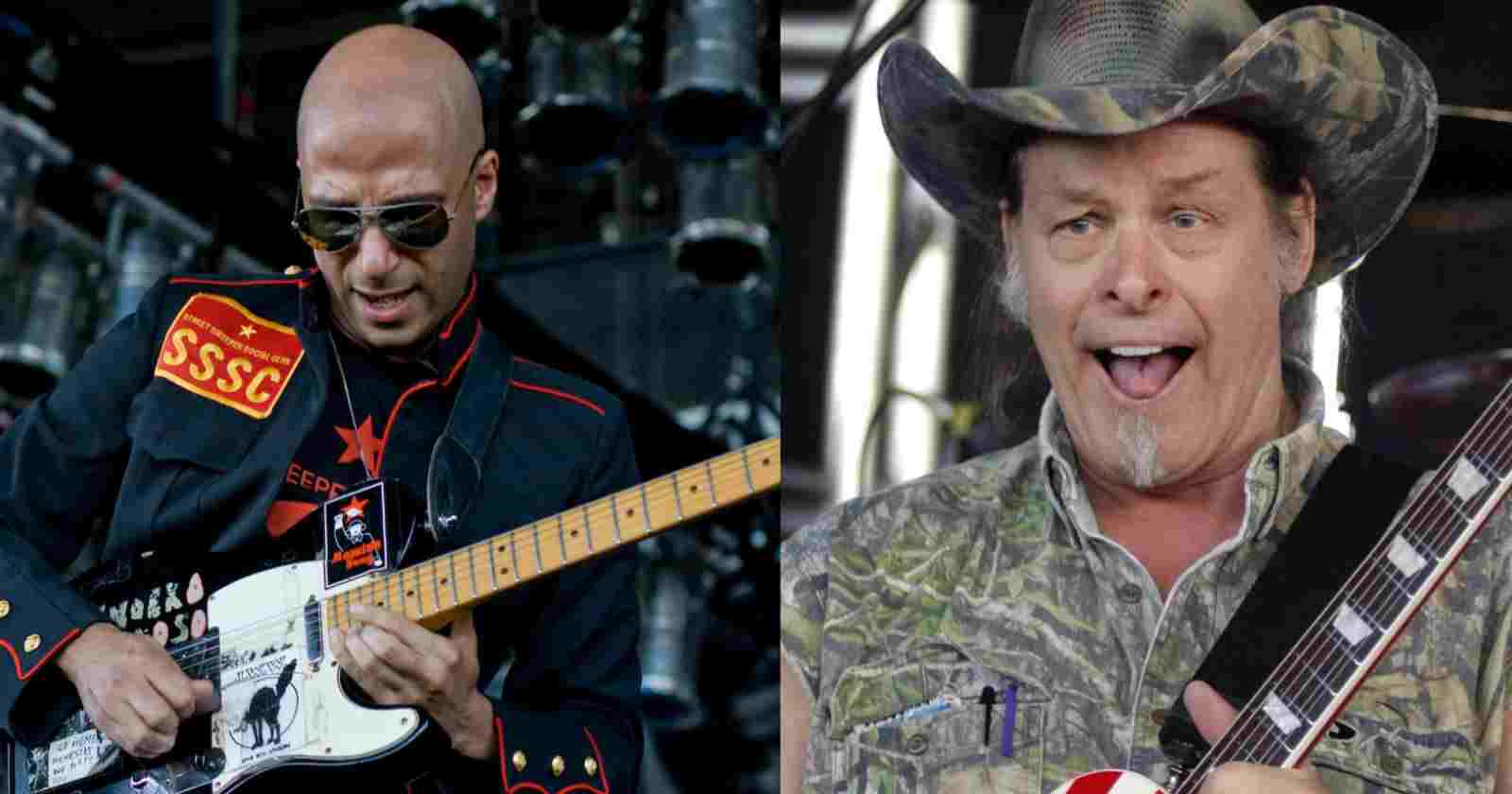 Rage Against the Machine guitarist Tom Morello (That has more left-wing ideals) talked in an interview with The Guardian about his unlikely friendship with guitarist and singer Ted Nugent that is also known for his far right-wing ideals in many subjects.

Guitarist Tom Morello said about his friendship with Ted Nugent:

“I got asked to make a video for his 60th birthday. At that point, Ted had become this rightwing caricature, but I really loved his records back in the 70s, so I said yes. I took two tacks: “Things adolescent Tom Morello learned about the birds and the bees from Ted Nugent”, and “things you might be surprised to find Tom and Ted have in common” – like free speech and rock’n’roll. Anyway, he called me up afterwards and we had a discussion about it.”

“People go fucking nuts when you say you’re friends with someone who has his views. I’m very happy to go toe-to-toe with Ted when he gets on his racist stuff, his misogynist stuff, his Trump stuff. I don’t know how often people cause Ted to abandon his opinions these days, but I believe that’s been the case on more than one occasion.”

In an interview with Howard Stern in the beginning of 2021, Morello talked about what he said on the video he recorded for Nugent’s birthday: