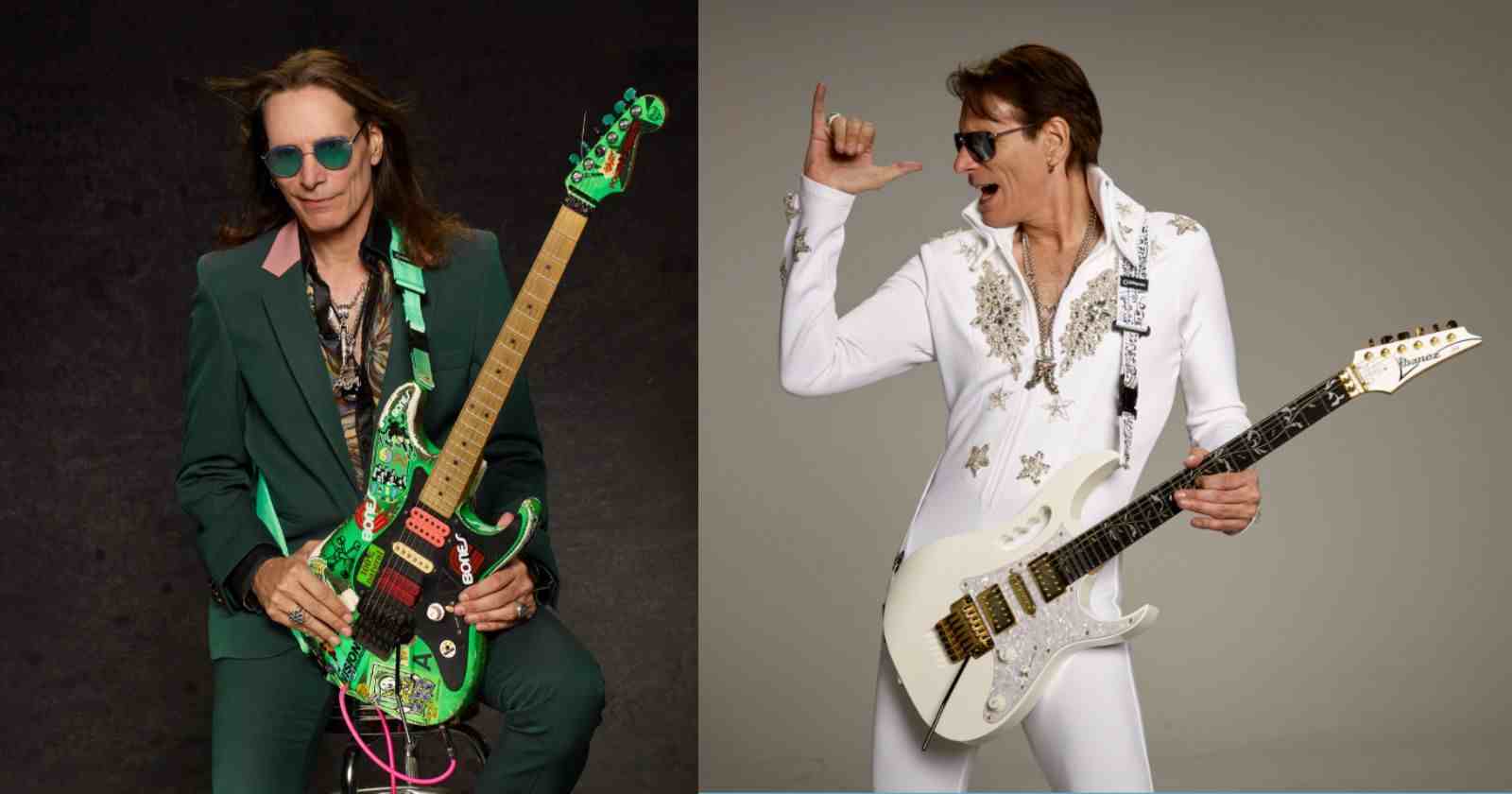 Virtuoso guitarist Steve Vai (Ex-David Lee Roth, Alcatrazz and Whitesnake) elected in an interview with French Connection the best band he ever saw playing live and talked about watching Led Zeppelin live when he was just a kid. The musician also reflected about the experience of more than a decade later playing in the same venue with David Lee Roth.

“I did a Rock in Rio. Now, I’m very nostalgic, and when I was a teenager I liked all sorts of different music. But Alice Cooper was one of the bands, I loved him, and I loved the band. And the whole thing was rock ‘n’ roll, it was melodic, and it was great, and there was something about Alice. When I was doing Rock in Rio some years ago, he was there. He was playing with Hollywood Vampires – Johnny Depp and those guys, and I watched the show.”

“And for some reason, I just enjoyed it so much because it was Alice and he was so much older, but he was still so committed. That’s the thing you notice with real artists, they mature as they go through their careers.

“They’re going to go one of two directions. Either they get bored and insecure about what they’re doing, and the authenticity gets eroded. Or they’re going to really grow into their role with such authority and confidence. When I was watching him, that’s what I saw. There were no excuses.”

“The first real concert I ever went to was Led Zeppelin at the Madison Square Garden [in NYC]. I was a kid, and we had the last seats in the venue with the pigeons. The wall was back of me, I was the furthest away from the stage that you could possibly be. But still it was glorious because it was Jimmy Page and it was Led Zeppelin.

“I remember not too long after that, 10-12 years after that, maybe 13 years after that, I was on that stage with Dave Roth, and there was a ramp we had in the front. And I remember when I was doing my unaccompanied guitar solo for the first time. I was standing on the ramp – and it was totally sold out. So I’m looking around, and I looked at the kid in the very last seat, way up in the back and I played my guitar solo to that kid. That was a very surreal kind of thing.”