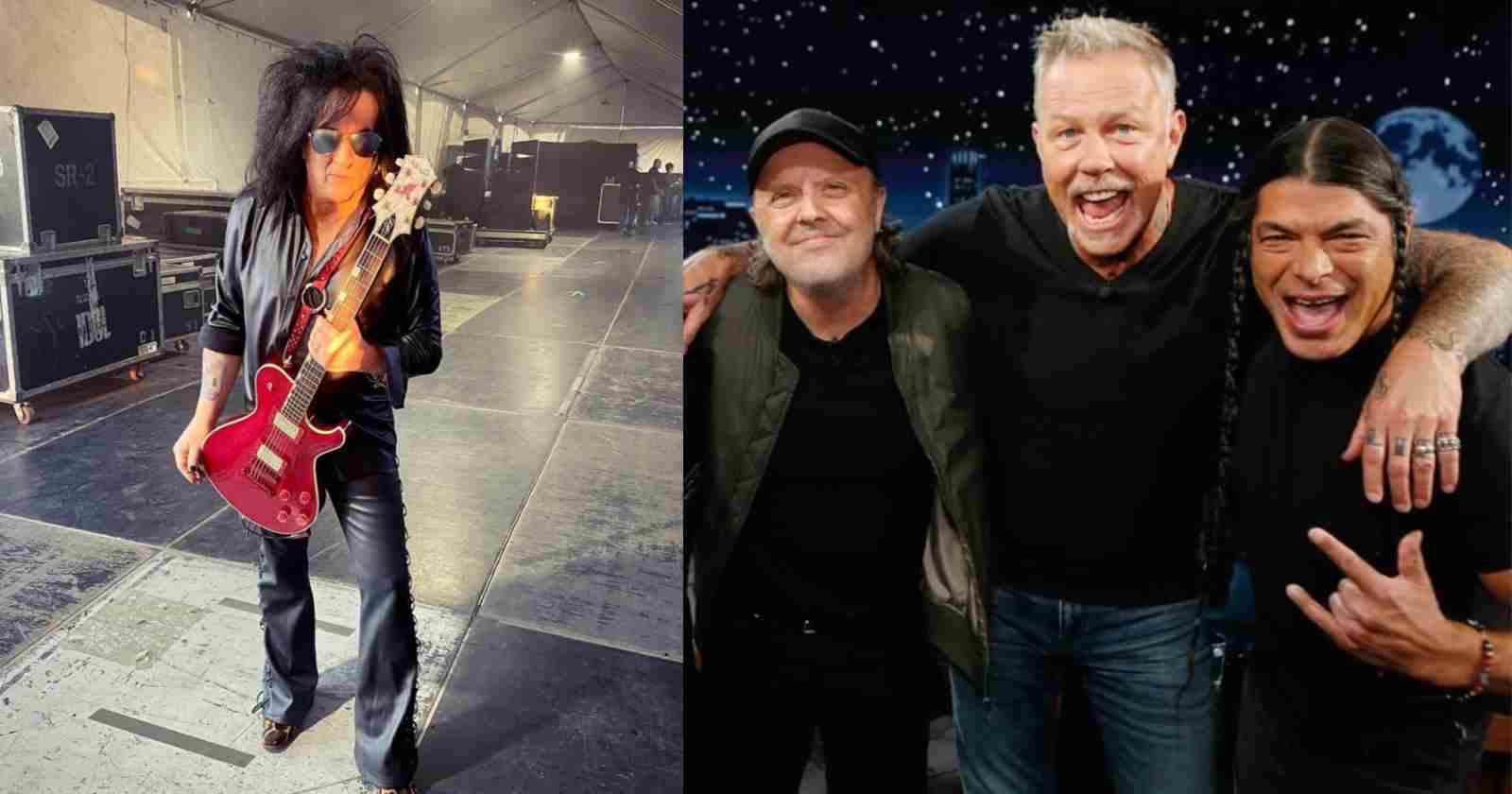 Famous for his work with Billy Idol, guitarist Steve Stevens gave his opinion in an interview with “I Ask No One With Kevin Re LoVullo” (Transcreibed by Blabbermouth) on Metallica and also talked about the band’s drummer Lars Ulrich.

“I think they’re the next generation’s Black Sabbath, as far as what they contributed and their impact and their uniqueness and willingness to do what was not the norm. And that’s always the way you get the greats, as people go, ‘Yeah, we’re not gonna do it the way it’s been done before.’ And James’s [Hetfield] riffs…”

“Sometimes people say, ‘Well, Lars [Ulrich] is not the most technical drummer.’ But the thing is great drummers write great parts. There’s two ways to go. You can concentrate on the technical ability and keep a straight beat, or whatever, but then there’s a guy like Lars who really, obviously, is a co-writer. But he’s really listening to what James is doing, and he’s translating those guitar parts to the drums and orchestrating them. I think that’s what makes a great drummer, because some of those drum parts, they’re really inventive. I happen to think he’s a great drummer — for that reason. He’s also a band leader that brought that band to incredible heights.”

“I’ve got nothing but respect for those guys, every one of them. And I knew [bassist] Robert Trujillo, I had jammed with before, and he’s a monster. When he joined the band, it was, like, ‘Okay, they got the right guy.'”