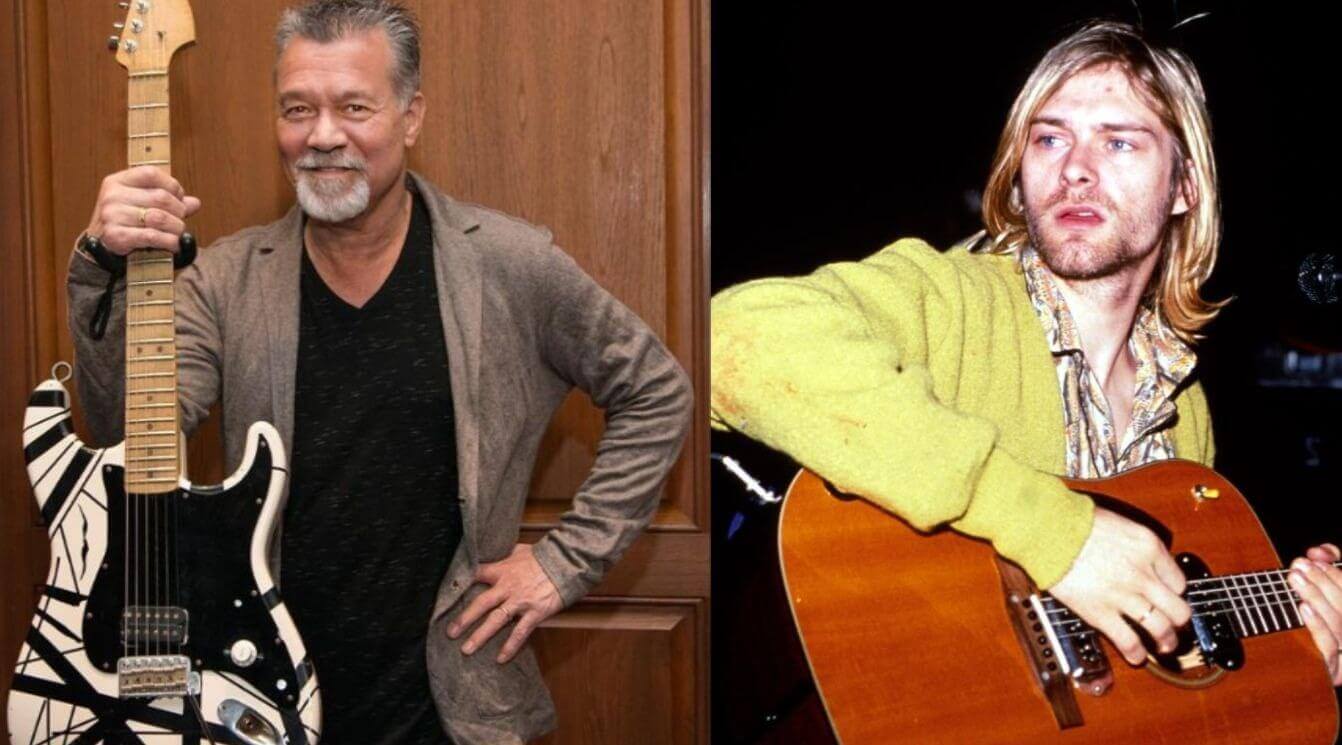 Van Halen guitarist Eddie Van Halen received an unexpected kiss from Kurt Cobain on backstage at a concert in Los Angeles in December 1993. The information was given by vocalist / guitarist Thurston Moore from Sonic Youth, in an interview for Rolling Stone magazine.

“We did this show with Nirvana at the Warfield, in San Francisco. They plugged in, and from the first chord, Kurt flew into the audience. He was surfing over the crowd while playing the song. The crowd threw him back onto the stage, and [snaps his fingers] he hit the first line of the vocal. I was like, “Fuck it, there is no way we can beat that.”

“The last time I saw Kurt, it was in Los Angeles and San Diego; I went to both shows there on Nirvana’s last tour. He seemed very content. He was having fun playing the gig, especially in L.A., because Eddie Van Halen was there. It was funny. Kurt was walking down the hall, and I said, “Dude, Eddie Van Halen’s in your dressing room holding court.” And Kurt goes, “No way!” He was real excited. Kurt went into the dressing room, walked right up to Eddie and kissed him on the mouth. He had to do that. 1994.”