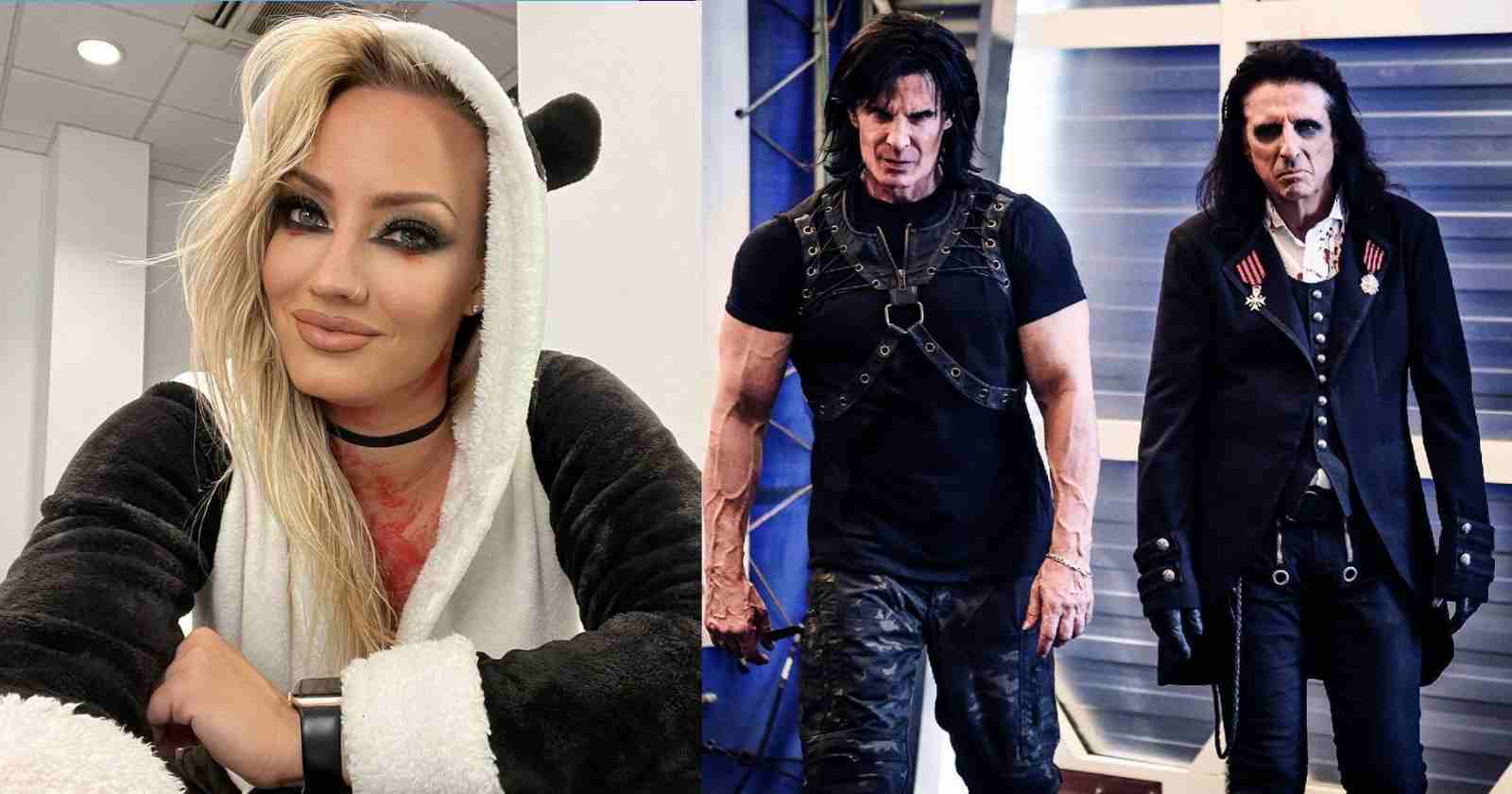 The praised guitarist Nita Strauss announced that she will no longer be part of the Alice Cooper‘s band. She was part of the group since 2014. She also announced her solo tour dates are also cancelled but noted that “she will be back on stage” sooner than everybody thinks, but she still can’t reveal how. Blabbermouth, indicated that she may be joining Demi Lovato’s band. To replace her, Alice Cooper announced guitarist Kane Roberts, who recorded the classic albums “Constrictor” (1986) and “Raise Your Fist and Yell” (1987).

“After this absolutely incredible run in Europe, it is bittersweet for me to let you guys know that I will not be joining the Alice Cooper band for the upcoming fall tour.”

“I will also regretfully have to cancel the festival dates my solo band had planned for the rest of the year.”

“I AM NOT PREGNANT!!! There is no drama whatsoever and my touring year is still VERY full- in fact, I’m on a flight straight into the next adventure as I post this, and I’ll be on stage again much sooner than you think! But that’s news for another day.”

“The past eight years together has been the experience of a lifetime, and I could not be more grateful to Alice and Sheryl Cooper, Shep Gordon, the amazing band, crew and fans for welcoming me to all of your nightmare.”

“I don’t know what the future will hold after this, but I am forever thankful,” Nita Strauss said.

Some famous musicians commented on her post, like guitarist Ryan Roxie, her bandmate in the Alice Cooper band, who said: “No words – just notes… and lord knows we harmonized A LOT of them over the years …nothing but (heart) and respect”.

Testament’s guitarist Alex Skolnick, wished her luck, saying: “8 yrs already?? Where did the time go? I still remember you before all this.., anyway. You did ACB proud (and I know a few of your successors, not easy shoes to fill), and excited to see what’s next (I have an educated guess but will keep to self for now). Congrats on such a great run and to the future!!” Nita Strauss said.

“He’s bringing more muscle to the Detroit Muscle Tour. We’ve always had a swinging door policy where players can come and go, so it’s very exciting to get back on stage with Kane. The fans are in for a real treat at these shows. It’s gonna be a blast. Kane Roberts, Ryan Roxie, and Tommy Henriksen on guitars? Hell yeah!”