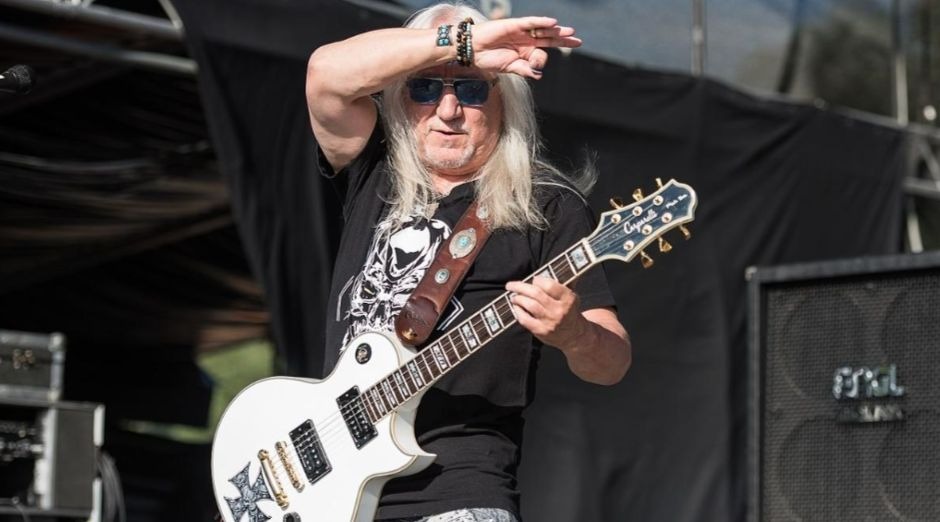 Uriah Heep guitarist Mick Box gave an exclusive interview to Rock And Roll Garage and was asked to reveal his favorite song of the band. However, the musician said that he is a Gemini (Zodiac Sign famous for being indecisive) so he couldn’t make that decision, but he revealed his “favorite song of the day”. “I am Gemini, so what I tell you today will change tomorrow”, he said.

“I am going to break with tradition here and go with ‘What Kind of God,’ from our ‘Wake the Sleeper’ album. This song is asking you what kind of God do you see, and as we all well know, everything is open to interpretation.”

Wake the Sleeper was the 21st studio album made by Uriah Heep. It was released on 2 June 2008 in Europe and on 26 August 2008 in the United States. Also was their first studio album since 1998’s Sonic Origami. In addition was also their first album since 1980’s Conquest without long-time drummer Lee Kerslake. Who had to withdraw from the band due to ill health in 2007. Putting an end to the band’s longest-lasting lineup which existed for 21 years.

The song “What Kind of God” was inspired by the book Bury My Heart at Wounded Knee by Dee Brown (1970). Which refers to the Wounded Knee Massacre. In addition, Wake the Sleeper was nominated by the British magazine Classic Rock as the Album of the Year.