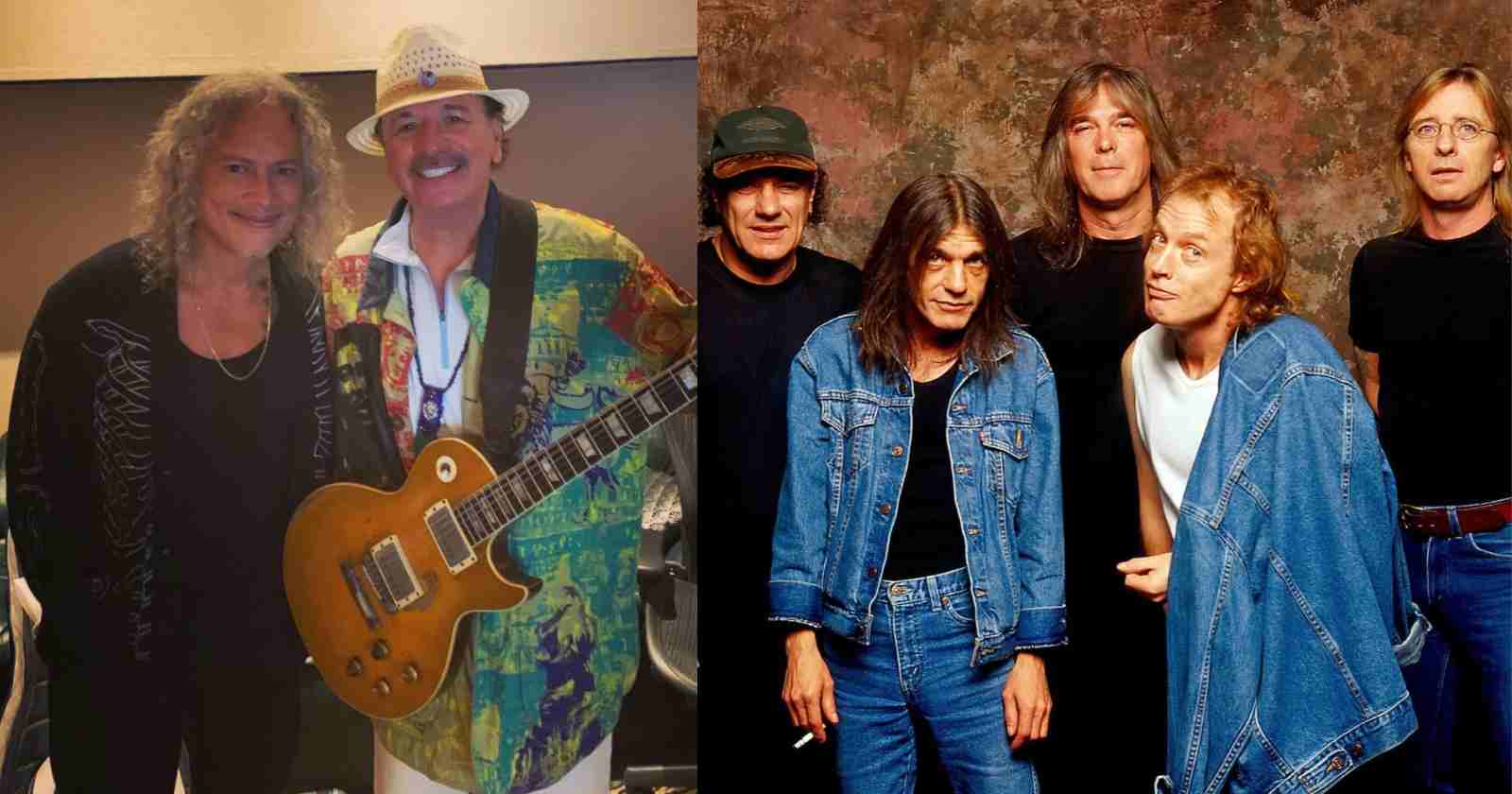 Legendary guitarist Carlos Santana gave his opinion on Metallica and AC/DC in an interview with Guitar World when talking about his recent collaboration with Metallica’s guitarist Kirk Hammett, who played in Santana’s new album “Blessings and Miracles”.

Guitarist Carlos Santana gives his opinion on Metallica and AC/DC

When asked if he liked Metallica, since he invited the band’s guitarist Kirk Hammett to play with him in his previous album “Shaman” and now in “Blessings and Miracles”, Santana gave his opinion on the Thrash Metal band and also talked about AC/DC and Led Zeppelin: “Yeah, this is our second time – we did another song on [Santana’s album], Shaman, with Kirk Hammett and a slide player, Robert Randolph. So, it’s always great. Kirk Hammett and I are brothers, we go back. Who isn’t a Metallica fan, you know? I love Metallica, I love AC/DC, Led Zeppelin. And Peter Green when he did [the songs], The Green Manalishi, and Oh Well, and all that, that’s the first heavy metal, you know?

“Peter Green before Led Zeppelin and then later on, of course, AC/DC. What I like about that energy is that it’s very, very raw and very vibrant. There’s a reason why Metallica is the premiere number one band in the world.”

In an official statement about the recording of his new album, Santana said: “It’s amazing how we can record together these days without being in the same studio,” Santana notes. “I just close my eyes and I’m in the same room with whomever I’m playing with. Even if they’re somewhere far away. We share frequencies together.”