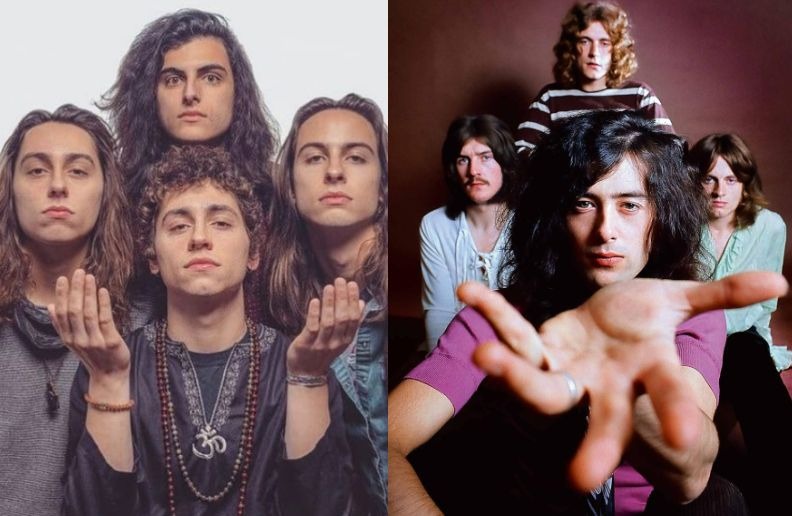 “We’ve talked about it amongst ourselves, and we’re OK with using Led Zeppelin and other groups as a foundation for what we do. “To me, it’s no different from Zeppelin being influenced by blues artists, and blues artists who were influenced by French jazz artists. “So we want to use what we know and move forward, and we will.”

About the band plans for the future he said:

“We really want to build on where we’ve been and go somewhere new. We went into this album [‘Anthem of the Peaceful Army’] heartened by the success of our EPs, but at the same time, we didn’t take our task lightly.

“There was no sense of entitlement, like, ‘Those’ll be easy to beat’ because we knew this was a full statement, a complete thought.

“In that way, it was a very premeditated endeavor, and we went about it with that singular goal in mind: Beat what we had done and put out something that was fully structured and had its own identity.”

Asked about the band being called “saviors of rock ‘n’ roll” he replied:

“Boy, I don’t know. [Laughs] It’s a heavy crown to wear, isn’t it? You hear that and you think, ‘Can one band have it all to themselves?’

“The thing is, rock ‘n’ roll has been around for decades and a lot of artists contributed to it along the way. Some of what once was doesn’t exist anymore, but that’s the thing: It always changes, and so I think it’ll always exist in some way.

“We’re honored and humbled by people’s reactions, and we’re happy to continue a tradition. Whether that’s ‘saving rock and roll,’ I’ll leave that to others to consider.”