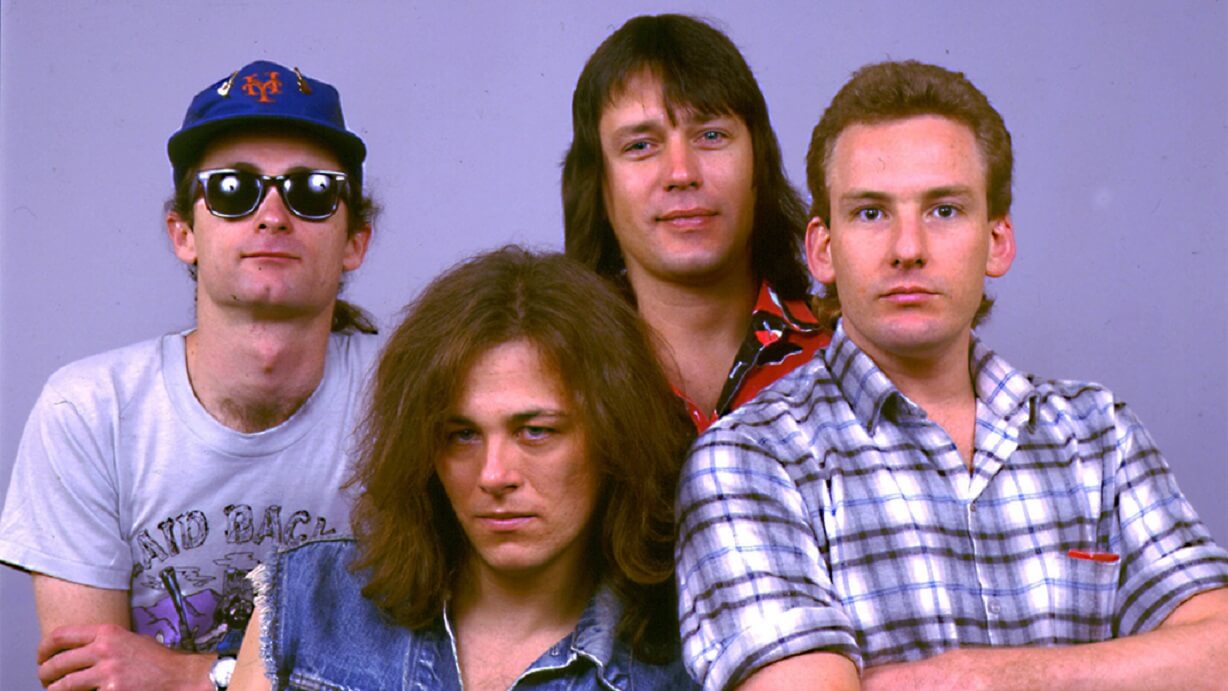 The classic song “1000 Miles Away” was a single by Australian rock group Hoodoo Gurus that was written by Dave Faulkner and it was released by RCA Records in June, 1991 and reached #33 on the Australian singles chart.

“Many people have told me “1000 Miles Away” is their favourite Gurus song and it’s also among my top ten. There are references to airports and flying but I was writing about emotional distance rather than physical travel. “I Think You Know” was another Punishment Song. We liked to keep bashing out the last two chords for a couple of minutes, Buzzcocks-style, a bit like a punk mantra. Punishment never felt so good.” said Dave Faulkner.

The crew of Royal Australian Navy frigate HMAS Canberra had an association with the song after they adopted it as their ‘anthem’. Hoodoo Gurus played a concert including the Replenishment At Sea song “1000 Miles Away” on-board during their last voyage out of Fremantle to Fleet Base West, prior to its decommissioning in 2005.

The single was also released as a limited edition picture disc. on which the B-side is not listed but titled as 4 symbolic drawings: an eye, a light bulb, a horseshoe, and a circle with a line through it (for back cover see below right, when read using the Rebus Principle this becomes “I Think You Know”). It was also released as a cassette single with free ‘Kinky’ Hoodoo Gurus magazine.

The B side “I Think You Know” was also written by Faulkner. The second B-side on the CD Maxi-single, “Stomp the Tumbarumba”, was originally recorded by New Zealand musician, Johnny Devlin, in 1963. It featured an uncredited appearance by the Gibb brothers (Bee Gees) as backup singers and reached #5 on the Sydney singles charts and #5 on the Brisbane charts the year of its release.