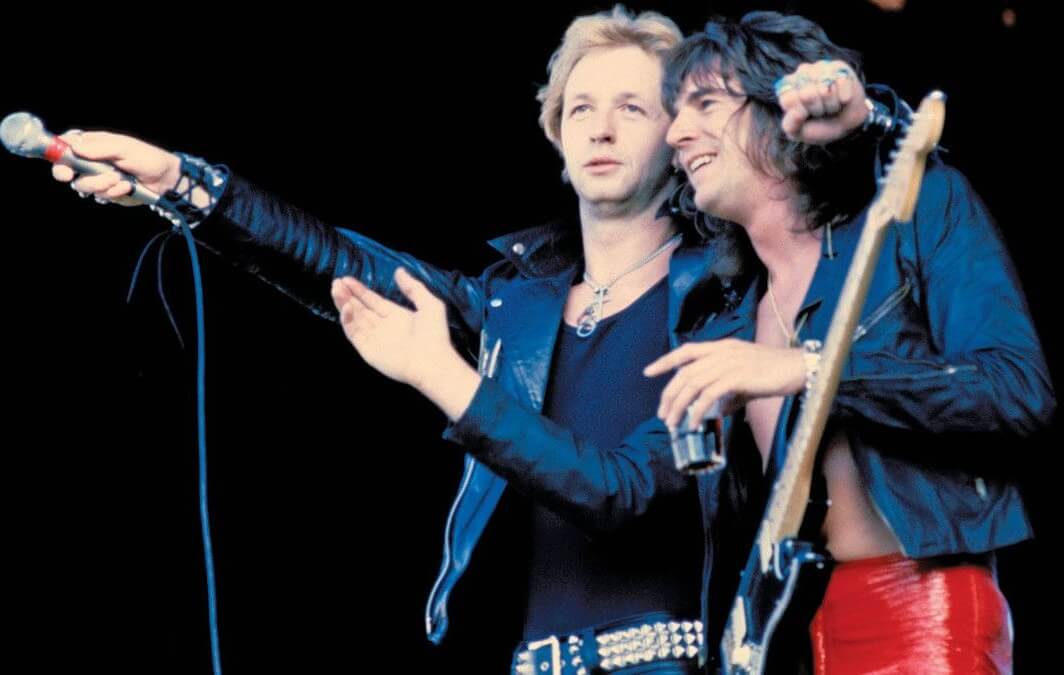 The great tune “Sinner” is from Judas Priest classic album Sin After Sin, their third studio album, released in 1977.

The album represented several major milestones in the group’s career; the band made their major label debut and were able to work with a famous musical artist as their producer, former Deep Purple member Roger Glover.

The band also fully embraced an aggressive metal sound with this release, significantly toning down the arena rock and blues rock influences shown in their past work, and the group achieved widespread popularity on the radio stations for their first time, oddly enough with their hard-edged version of Joan Baez’s song “Diamonds & Rust”.

Judas Priest formed in 1969 in industrial West Bromwich, Birmingham. By the time they released their first album Rocka Rolla in 1974, there had been many lineup changes. The band had consisted of Downing, Hill, Moore, and frontman Al Atkins and played a more blues rock-inspired sound before Atkins was replaced by Rob Halford and guitarist Glenn Tipton, who was recruited from the band Shave ‘Em Dry after becoming intrigued with the possibility of a dual lead guitar sound. Finances were tight: the record label Gull provided a recording budget of £2000 for each of the band’s first two albums.

During the recording of their second album Sad Wings of Destiny (1976), the band members restricted themselves to one meal a day, and several took on part-time work: Tipton as a gardener, Downing in a factory, and Hill driving a delivery van.

The band grew dissatisfied with lack of financial support from Gull. Sad Wings of Destiny caught the attention of CBS Records, and with the help of new manager David Hemmings, the band signed with CBS and received a £60,000 budget for their next album, which was to draw its title phrase “sin after sin” from the lyrics to “Genocide” on Sad Wings. The signing required breaking their contract with Gull, resulting in the rights to the first two albums and all related recordings—including demos—becoming property of Gull.

Kiss recalls all their opening bands like AC/DC, Rush and Judas Priest
A cigarette prevented that Lemmy Kilmister had his toes amputated
To Top