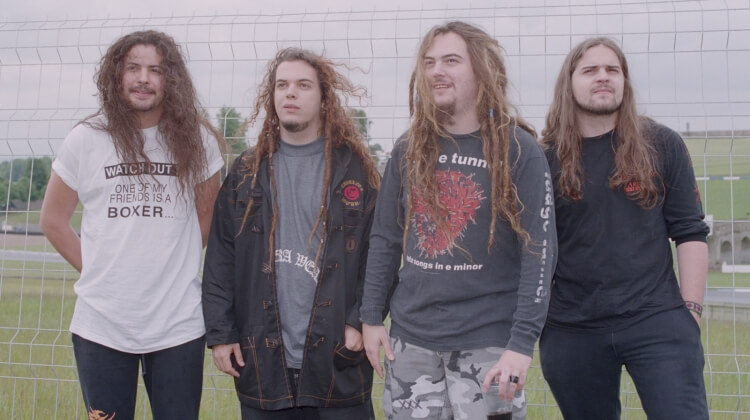 “Arise” is Sepultura’s first official single, as well as the first of three to be released from the album of the same name. The song is one of Sepultura’s best known songs and is sometimes called a thrash metal masterpiece.

It was from “Arise” the fourth studio album by the Brazilian band, released in 1991 by Roadrunner Records. Upon its release, the album received top reviews from heavy metal magazines such as Rock Hard, Kerrang! and Metal Forces.

The album presented their first incursions with industrial music, hardcore punk and Latin percussion. The tour (1991–1992) that supported the album was the group’s longest at that time, totalling 220 shows in 39 different countries. During this trek, the album went gold in Indonesia—the band’s first music industry certification. By the tour’s end, Arise had achieved platinum sales worldwide.

In August 1990, the band travelled to Florida to work on the album. Scott Burns reprised his role as producer and audio engineer, and now with a major advantage: Sepultura were at his home studio, Morrisound, a studio properly equipped to record their music style. Their label Roadrunner granted a $40,000 budget, which helped explain the album’s improved production values.

That allowed Igor and Burns, for example, to spend a whole week just testing the drum kit’s tunings and experimenting with microphone practice. A rerecording of “Troop of Doom” took place in the first days but ended up released in the reissue of Schizophrenia