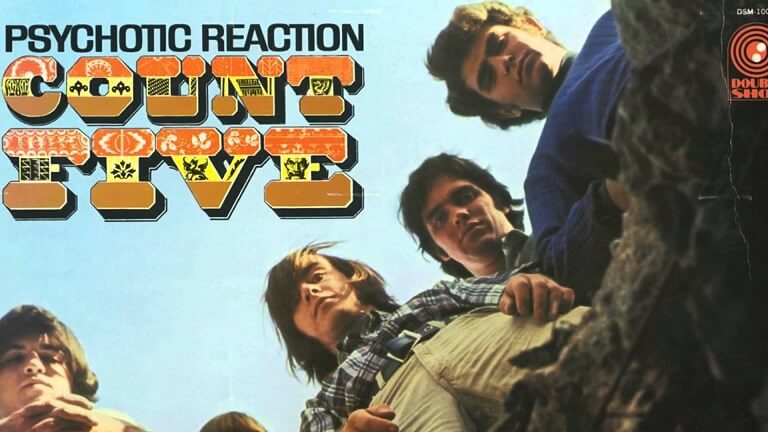 “Psychotic Reaction” is a song by the American garage rock band Count Five, released in June 1966 on their debut studio album of the same name. It peaked at No. 5 on the Billboard Hot 100, and was among the first successful acid (or psychedelic) rock songs, containing the characteristics that would come to define acid rock: the use of feedback and distortion replacing early rock music’s more melodic electric guitars.

In late 1964, Irish-born guitarist John “Sean” Byrne was sitting in a Health Education class in his freshman year at San Jose City College in California, learning about psychosis and neurosis. His friend Ron Lamb leaned over and whispered: “You know what would be a great name for a song? Psychotic Reaction!”. Byrne had been writing a tune in his head that day, and used the title to finish it, with the entire band given writing credit.

According to an interview with Byrne, the rave-up solo section of the song was influenced by the Yardbirds’ frenzied 1965 treatment of Bo Diddley’s R&B classic “I’m A Man”, while the rest of the song was contributed by the band.

When Count Five, managed by singer Kenn Ellner’s dad, Sol Ellner, a successful South Bay insurance salesman, played the song live a few weeks later at a dance at the old West Valley College in Campbell, local KLIV radio disc jockey Brian Lord, emceeing the show, was very impressed. After a few pointed suggestions on rearranging the tune for even more punch, Lord soon put the band in touch with a couple of friends in Los Angeles, Hal Winn and Joe Hooven, about to start their own record label, Double Shot Records.

Megadeth will have their own music festival in a cruise
See Rob Zombie net worth, lifestyle, family, biography, house and cars
To Top