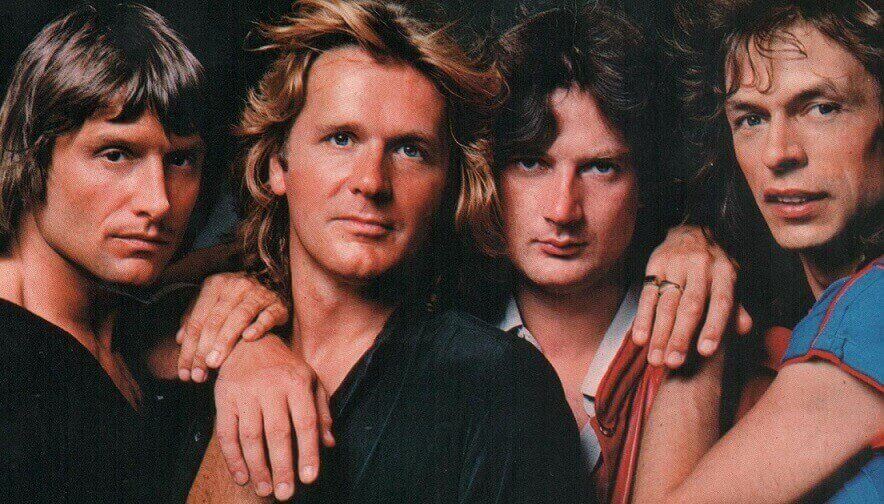 “Don’t Cry” is the first hit single from progressive rock band Asia’s second album AlphaThe song reached #10 on the Billboard Hot 100 and #9 in Cash Box magazine. It was the band’s second Top 10 Pop hit, and returned them to #1 on Billboard’s Top Album Rock Tracks chart.

Asia was formed in London in 1981. The most commercially successful line-up was its original, which was a supergroup of four members of different progressive rock bands of the 1970s, including lead vocalist and bassist John Wetton of King Crimson, guitarist Steve Howe of Yes, keyboardist Geoff Downes of Yes and the Buggles, and drummer Carl Palmer of Emerson, Lake & Palmer. Their debut album, Asia, released in 1982, remains their best selling album and went to number one in several countries.

The band underwent multiple lineup changes before the original four members reunited in 2006. As a result, a band called Asia Featuring John Payne exists as a continuation of John Payne’s career as Asia’s frontman from 1991 until Wetton’s return in 2006.

In 2013, the original line-up was broken once again when Howe retired from the band and was replaced by guitarist Sam Coulson. After a few years of inactivity due to Wetton’s health, he was replaced by Billy Sherwood of Yes and World Trade for a 12-date tour, after which the band’s future became uncertain.