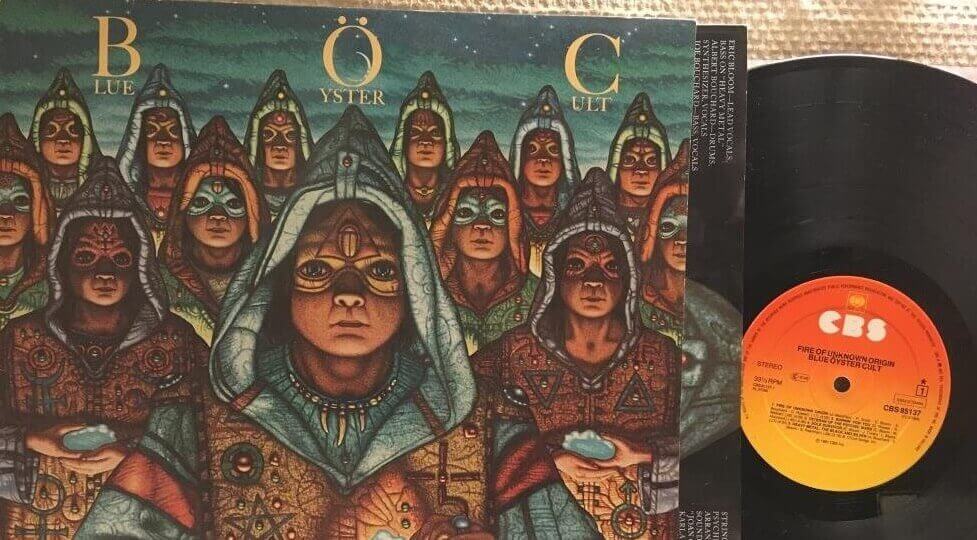 Joan Crawford (born on March 23, c. 1904 – May 10, 1977) was an American actress who began her career as a dancer and stage showgirl. In 1999, the American Film Institute ranked Crawford tenth on its list of the greatest female stars of Classic Hollywood Cinema.

And in 1981 it became a song made by the classic rock band Blue Öyster Cult.

See the original official video below:

Fire of Unknown Origin is the eighth album by Blue Öyster Cult, released in July of 1981. It was produced by Martin Birch.

The album, which included the Top 40 hit “Burnin’ for You” (#1 on Billboard’s Album Rock Tracks chart) represented a resurgence of the group’s commercial standing after two albums with disappointing sales. Fire of Unknown Origin would be the final studio LP featuring the band’s original lineup; during the subsequent tour, the band fired original drummer Albert Bouchard.

The album continues BÖC’s tendency to write quirky songs, from the title track (featuring lyrics by Patti Smith) to “Joan Crawford.” Several of the songs were intended for the soundtrack of the animated film Heavy Metal, such as “Vengeance (The Pact),” the lyrics of which follow in detail the plot of the “Taarna” segment of the movie. However, only the song “Veteran of the Psychic Wars” (ironically not written for the film), co-written by science fiction author Michael Moorcock, ended up in the film’s final version and soundtrack.

The album’s closing track, “Don’t Turn Your Back,” marks Allen Lanier’s final songwriting contribution to Blue Öyster Cult; it was played live by the group for the first time on June 17, 2016, at a special concert highlighting Lanier’s music.