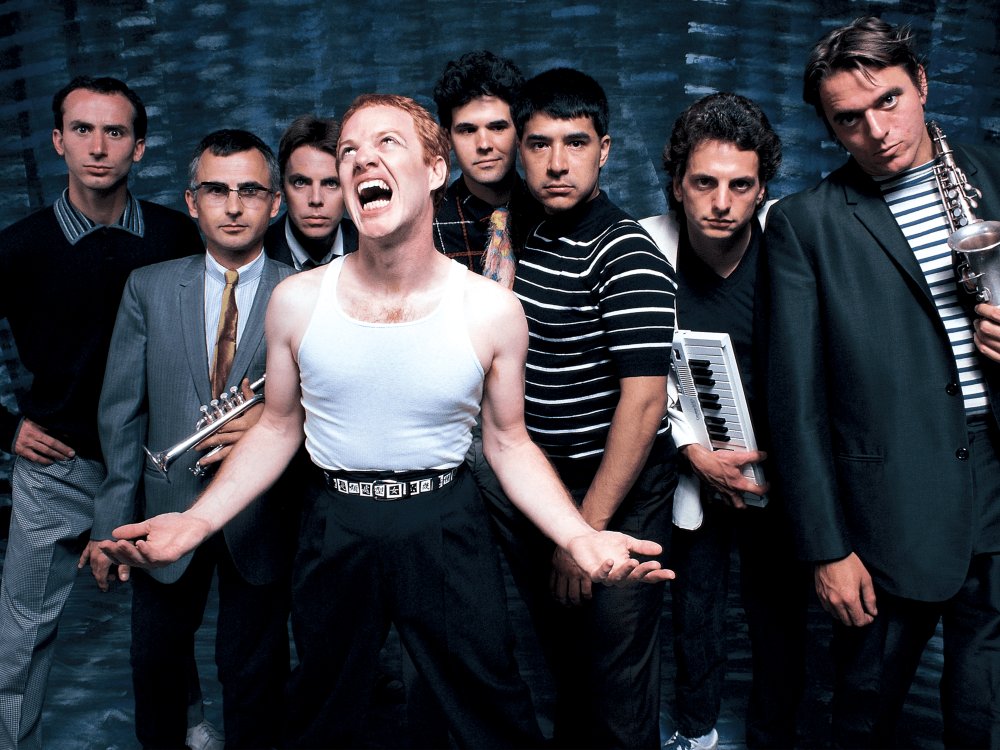 “Dead Man’s Party” from Oingo Boingo, was released as the third single from their album of the same name.

The song was released on a 12″ single in conjunction with another song from the album, “Stay,” with the cover art touting it as the single’s a-side, while the catalog number and some discographies consider it the single’s b-side.

An edited version of “Dead Man’s Party” was featured in a promotional music video and was issued in 1986 as the b-side of the 7″ single “Just Another Day,” also culled from the Dead Man’s Party album.

The lyric, “I hear the chauffeur coming to my door/Says there’s room for maybe just one more,” is a reference to “The Bus-Conductor,” a short story by E. F. Benson about a hearse driver, first published in The Pall Mall Magazine in 1906. The story has been adapted several times and spawned an urban legend, with each version using the catchphrase, “Room for one more.”

The song has made many appearances in popular culture. It is perhaps best known for its appearance in the 1986 film Back to School, where the band performs it at a party. It was also featured in the series Chuck in the episode “Chuck Versus the Couch Lock,” during John Casey’s fake funeral, as well as the Malcolm in the Middle episode “Halloween” and in a promo for season 5 of the series Bones. It is also referenced in the novel Ready Player One.

Danny Elfman performed the song as the final encore of his Nightmare Before Christmas concerts at the Hollywood Bowl in 2015 and 2016, alongside his former Oingo Boingo guitarist and arranger Steve Bartek.